aemi compiles a monthly newsletter which includes information about events, exhibitions, festivals, and opportunities of particular interest to Irish and Ireland-based artist and experimental filmmakers

You can view our monthly newsletter archive below.

You can also subscribe to the newsletter for free here. 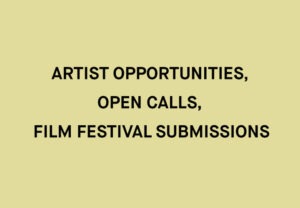