In the context of Dennis McNulty’s exhibition TTOPOLOGY which is currently showing in the main gallery, VISUAL presented PERFORMANCE SEQUENCER, a day-long performance workshop and video screening developed by McNulty and Bea McMahon in collaboration with AEMI (Alice Butler and Daniel Fitzpatrick) which took place on April 29th 2018.

TTOPOLOGY includes the work Superhandedness, made in collaboration with Bea McMahon. PERFORMANCE SEQUENCER as a workshop took Superhandedness as a starting point and developed on ideas relating to McNulty and McMahon’s practices. Topics for discussion included systems of orientation and classification, multi-dimensional thinking and its relationship with human perception, and the process of collaboration itself.

PERFORMANCE SEQUENCER incorporated a screening programme which McNulty and McMahon developed in collaboration with AEMI. Featuring the work of Peggy Ahwesh, Anne Tallentire, Dan Walwin and Annie Berman, these videos acted as springboards for conversation and performative actions. 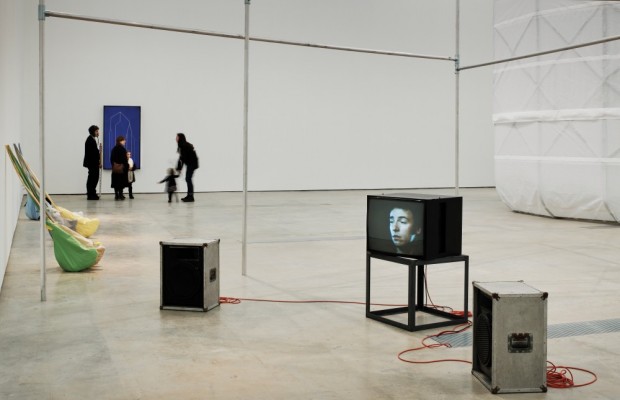