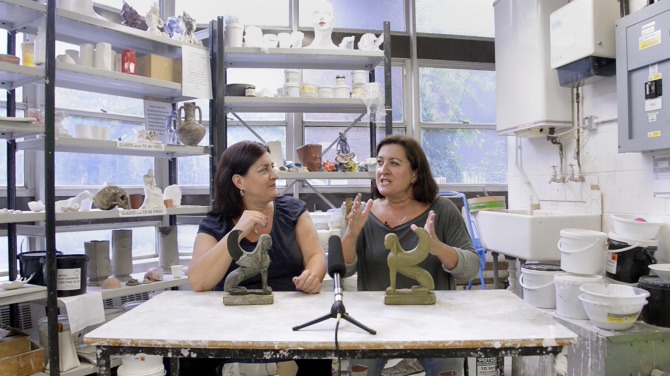 aemi is delighted to partner with Cork International Film Festival to present a screening event as part of the Festival’s online Film Club. Invited by CIFF to pair an artist or experimental moving image work with one of the feature length works in their programme, aemi has selected Patrick Hough’s Object Interviews Part III (2015) to screen alongside Sister, directed by Bulgarian filmmaker Svetla Tsotsorkova

A small town in present-day Bulgaria. A mother and her two daughters are struggling to survive. The dreamy and distracted younger daughter often invents stories in order to make life more interesting. Unwittingly, she eventually gets caught in the trap of her own lies and destroys her older sister’s well-ordered materialistic world. While struggling to get to the truth, the two sisters find out the truth about their mother.

This screening will be followed by a Q&A with Director Svetla Tsotsorkova and Producer Svetoslav Ovcharov.

‘Object Interviews’ is a series of three films in which specialists from various fields interpret and discuss a range of film props. Part III considers the perspective of two prop makers, discussing the continuous overlap between the objects represented history and its own history as an object, used in multiple productions. Within these films, the prop takes centre stage as an object in some ways more powerful and significant than the ‘original’ historical artifact, opening up a space for fiction to become part of our understanding of history.
Year: 2015
Duration: 6 mins
Patrick Hough