A celebration of a towering figure in the history of experimental cinema, this screening of select works by filmmaker Jonas Mekas includes one of his most celebrated films Reminiscences of a Journey to Lithuania (1972) as well as the rarely screened Self Portrait (1980). Jonas Mekas arrived in New York as a Lithuanian refugee in 1949. He would go on to leave an indelible mark on that city, surrounding himself with a found family of filmmakers and other creatives but his experiences and development as a filmmaker also remained tied to his Lithuanian roots and the journey he made in his youth. His film Reminiscences of a Journey helps trace that journey and the impact it had, a wonderful introduction to his free approach to film. That film is twinned here with the single take interview film Self Portrait.

This screening will be introduced by University College Cork’s Laura Rascaroli, Professor of Film & Screen Media

Reminiscences of a Journey to Lithuania (1971-72)
Jonas and Adolfas Mekas arrived in America in 1949 as displaced persons, former prisoners of German labor camps, exiled from their native Lithuanian farming village. Wanted by the Soviet police, they had been forced to leave home years earlier, not to return for 27 years. Reminiscences of a Journey to Lithuania is the compelling document of a divided family and their long-delayed reunion.

“The film consists of three parts. The first part is made up of footage I shot with my first Bolex, during my first years in America, mostly from 1950-1953. It shows me and my brother Adolfas, how we looked in those days; miscellaneous footage of immigrants in Brooklyn, picnicking, dancing, singing; the streets of Williamsburg.

The second part was shot in August 1971, in Lithuania. Almost all of the footage comes from Semeniskiai, the village I was born in. You see the old house, my mother (born 1887), all the brothers, goofing, celebrating our homecoming. You don’t really see how Lithuania is today: you see it only through the memories of a Displaced Person back home for the first time in twenty-five years.

The third part begins with a parenthesis in Elmshorn, a suburb of Manburg, where we spent a year in a forced labor camp during the war. After the parenthesis closes, we are in Vienna where we see some of my best friends – Peter Kubelka, Hermann Nitsch, Annette Michelson, Ken Jacobs. The film ends with the burning of the Vienna fruit market, August, 1971.” – Jonas Mekas

Biography, Jonas Mekas
Jonas Mekas was born in 1922 in the farming village of Semeniškiai, Lithuania. In 1944, he and his brother Adolfas were taken by the Nazis to a forced labor camp in Elmshorn, Germany. After the War he studied philosophy at the University of Mainz. At the end of 1949 the UN Refugee Organization brought both brothers to New York City, where they settled down in Williamsburg, Brooklyn.

Two months after his arrival in New York he borrowed money to buy his first Bolex camera and began to record brief moments of his life. He soon got deeply involved in the American Avant-Garde film movement. In 1954, together with his brother, he started Film Culture magazine, which soon became the most important film publication in the US. In 1958 he began his legendary Movie Journal column in the Village Voice. In 1962 he founded the Film-Makers’ Cooperative, and in 1964 the Film-Makers’ Cinematheque, which eventually grew into Anthology Film Archives, one of the world’s largest and most important repositories of avant-garde cinema, and a screening venue.

During all this time he continued writing poetry and making films. In his lifetime he published more than 25 books of prose and poetry, which have been translated into over a dozen languages. His Lithuanian poetry is now part of Lithuanian classic literature and his films can be found in leading museums around the world. He is largely credited for developing the diaristic forms of cinema. Mekas has also been active as an academic, teaching at the New School for Social Research, the International Center for Photography, Cooper Union, New York University, and MIT.

Mekas’ film The Brig was awarded the Grand Prize at the Venice Film Festival in 1963. Other films include Walden (1969), Reminiscences of a Journey to Lithuania (1972), Lost Lost Lost (1975), Scenes from the Life of Andy Warhol (1990), Scenes from the Life of George Maciunas (1992), As I was Moving Ahead I saw Brief Glimpses of Beauty (2000), Letter from Greenpoint (2005), Sleepless Nights Stories (2011) and Out-takes from the Life of a Happy Man. In 2007, he completed a series of 365 short films released on the internet — one film every day — and from then continued to share new work on his website.

From 2000, Mekas expanded his work into the area of film installations, exhibiting at the Serpentine Gallery, the Centre Pompidou, Musée d’Art moderne de la Ville de Paris, the Moderna Museet (Stockholm), PS1 Contemporary Art Center MoMA, Documenta of Kassel, the Museum Ludwig in Cologne, the State Hermitage Museum in St. Petersburg, and the Venice Biennale. On January 23, 2019, Mekas passed away at the age of 96 at his home in Brooklyn. More info on Jonas Mekas here 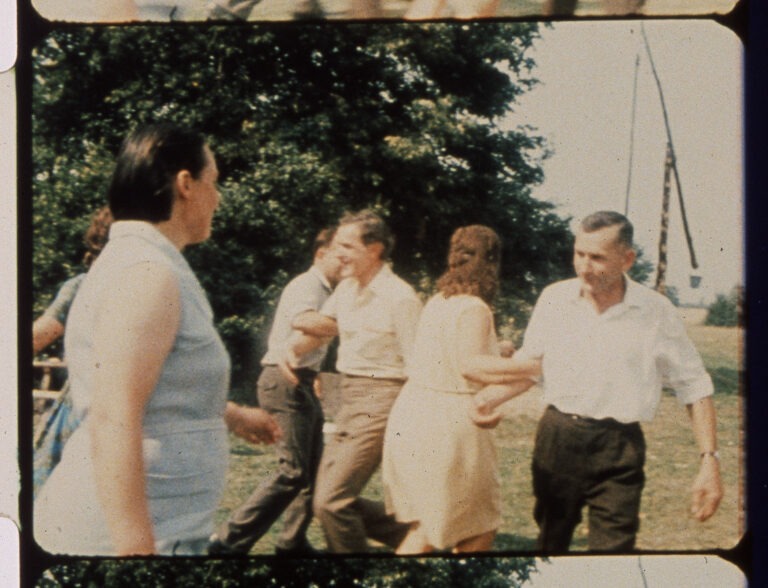 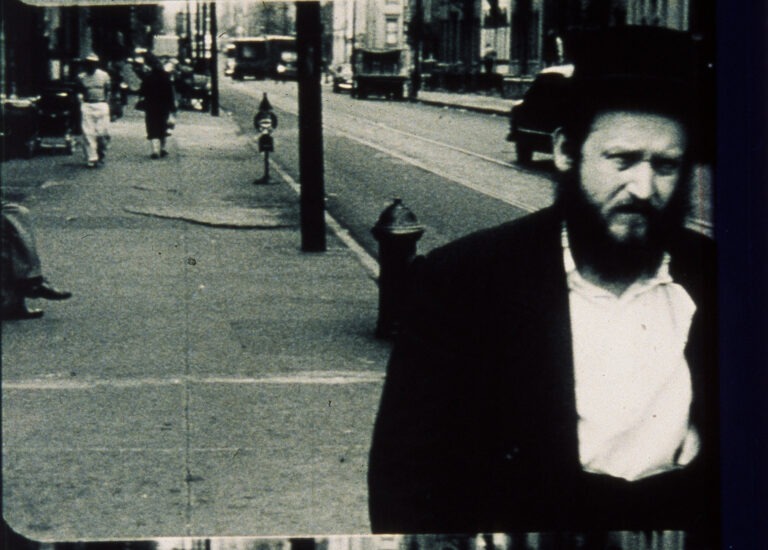 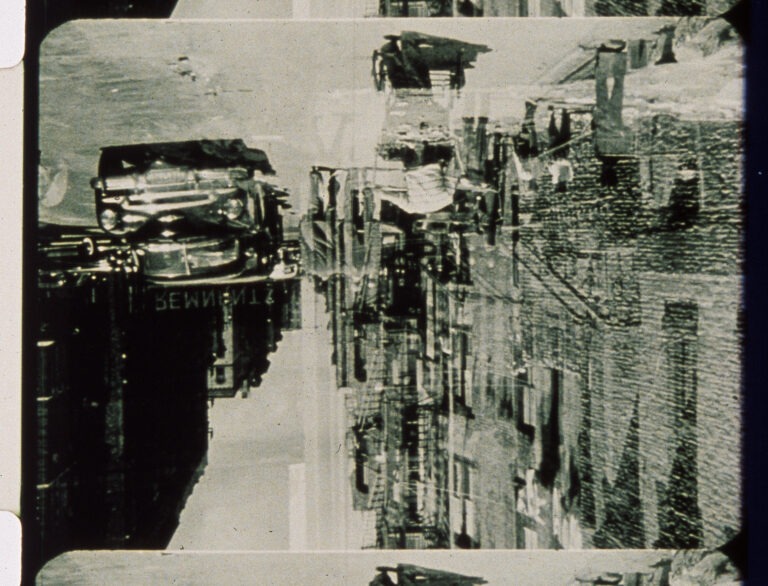 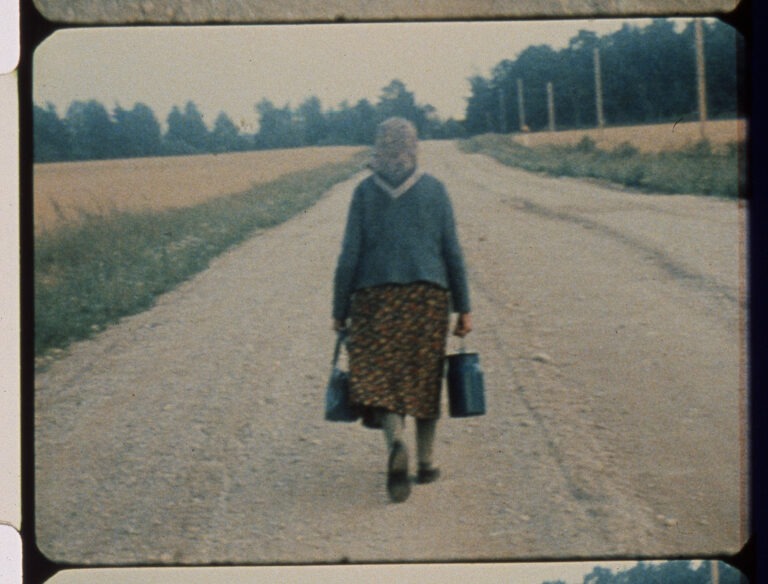 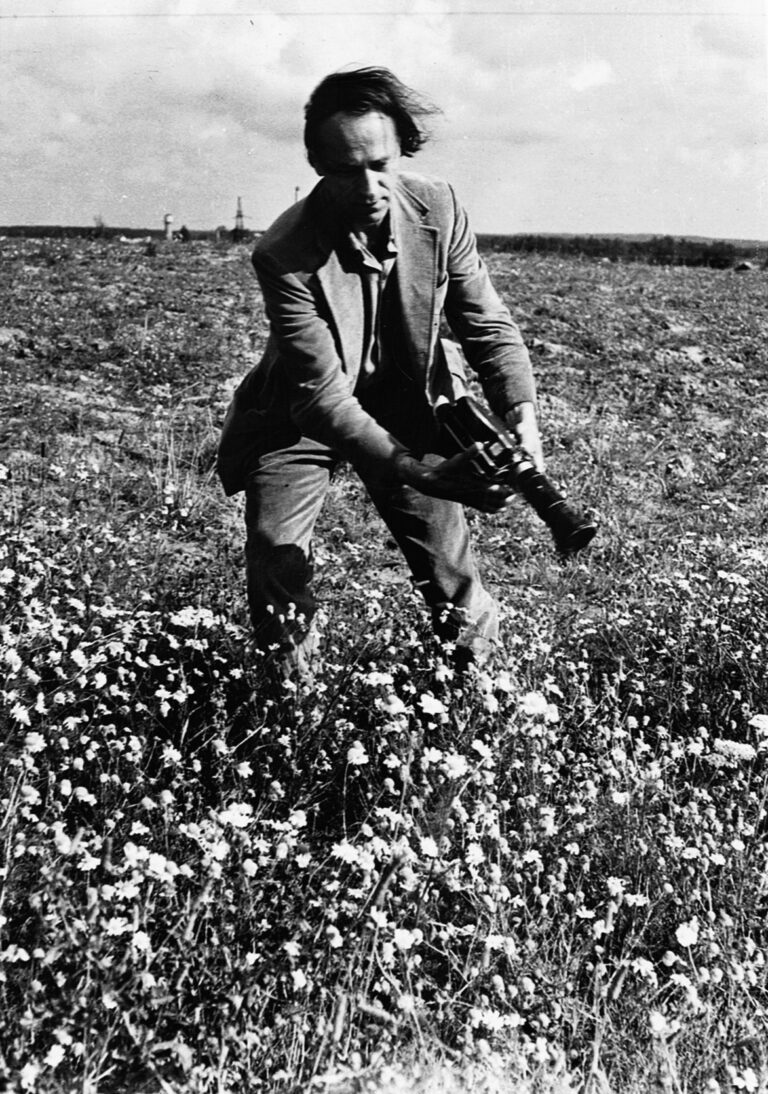