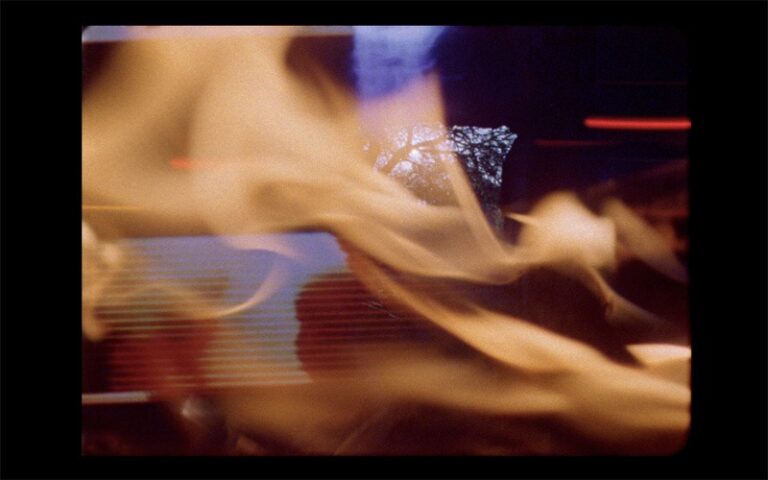 This programme will be presented and introduced by film curator Herb Shellenberger. Herb is currently undertaking a residency with Fire Station Artists’ Studios in Dublin

COMMON VISIONS
The series “COMMON VISIONS”, co-programmed by Almudena Escobar López & Herb Shellenberger for the Winter 2018 Flaherty Seminar series at Anthology Film Archives (New York), proposed a critical look at a multitude of collaborative practices in non-fiction film and media. For aemi, the programmers have organized a single screening
showcasing three of the featured artists/collectives shown in the series, providing several examples of the ways both single artists and groups can think and create collaboratively, through varied forms, techniques and aesthetic strategies.

belit sağ is a videomaker from Turkey who re-contextualizes images, putting them on the same level as each other and deconstructing their hierarchical references. The interaction between the images dissociates their communal narrative practices, opening up the possibility of new critical approaches.

Colectivo los Ingrávidos is a militant audiovisual collective from Mexico that explores media representations of violence, reinventing images as an open space of possibility and dialogue.

Founded in 2011, E.S.P. TV hybridizes technologies old and new, contemporary and obsolete, to realize the live television studio as a site for performance-based works.

Thank you to the Flaherty Seminar (Anita Reher & Sarie Horowitz).

‘thank you’, belit sağ, Turkey, 2013, 2’
We witness parts of a filming session of a video-message to the Western society, where Indonesian garment worker Yanti is constantly repeating the same sentence in different pronunciations and tones to do it in the ‘correct’ way.

(Against) Randomness, belit sağ, Turkey, 2017, 2’
This short essay was made for a People’s Tribunal about the attacks of the National Socialist Underground—a neo-nazi group. Its narrative creates solidarity among the victims, their families, and grassroots groups around the tribunal. The video talks to the people who have been victimized and attacked, about that experience.

Making Off, Colectivo Los Ingrávidos, Mexico, 2017, 12’
A living document of collective film production and exhibition, migrating between 16mm and pixel-crunched digital, featuring an intermittent invocation by Catherine Belkhoja, both speaking from and seen within Chris Marker’s Level Five.

disruption (aksama), belit sağ, Turkey, 2016, 5’
We walk from one building to another, accompanied by images of recent news from Turkey, films and clips and a voice-based soundtrack. At first the images are loosely connected to each other, but as the video unfolds they start communicating and responding to each other and create a reality of themselves.

E.S.P. TV Season Seven, E.S.P. TV, US, 2017, 32’
Directed and operated by Scott Kiernan and Victoria Keddie, E.S.P. TV plays with televisual language, placing a particular focus on the performativity of production itself through installations, broadcasts and live television taping events. Season Seven includes excerpts from 2017 projects such as: “WORK”; an algorithmic, serialized drama revolving around the banality of the institutional workplace, and “You Don’t Say Much, Do You? (Detroit)” which projects the schizophrenic delivery of local nightly news back onto its environment. Also featured: “Daytime Viewing (Prime Time)” reinterprets the original work by Jacqueline Humbert &amp; David Rosenboom’s via a live fashion show with six contemporary artists; while “Lifestyle Guru” features Ian Hatcher as a motivational chatbot gone awry alongside Jill Kroesen’s counsel on how to deal with a psychopathic presidency.

Conflagración, Colectivo Los Ingrávidos, Mexico, 2017, 16’
After the forced disappearance of 43 students from Ayotzinapa, the Mexican plains burn in a conflict that shakes the people and affects the celluloid.

For further details on the complete COMMON VISIONS programme for Flaherty see: http://flahertyseminar.org/2017/12/01/2018-winterspring-flaherty-nyc

Almudena Escobar López, is a Spanish archivist, film curator, and scholar. She is a PhD student in the Graduate Program in Visual and Cultural Studies at the University of Rochester. Her dissertation explores the notion of collaborative aesthetics in relation to ideas of artistic cooperativism. She has published essays in MUBI Notebook, The Brooklyn Rail, Afterimage: the Journal of Media Arts and Cultural Criticism, Little White Lies, and Desistfilm Magazine, among others. She was a University of Rochester Film and Media Studies fellow for the 60th Flaherty Film Seminar in 2014. She has collaborated with the Ann Arbor Film Festival, the London Spanish Film Festival, and the East End Film Festival of the London International Film Festival. She is co-programmer of the collective screening project On-Film, serves on the Advisory Board of Squeaky Wheel Film & Media Art Center in Buffalo, NY, and on the Board of Trustees of the Visual Studies Workshop in Rochester, NY.
Almudena Escobar López’ initial research was supported by the Public Humanities Fellowship at the New York Council for the Humanities. Public Humanities Fellowship website

Herb Shellenberger is a curator and writer originally from Philadelphia and based in London. He has curated screenings at institutions such as Arnolfini (Bristol), Irish Film Institute, Light Industry (Brooklyn), Lightbox Film Center (Philadelphia), LUX (London), New York University, Taipei Center for Contemporary Arts and Yerba Buena Center for the Arts (San Francisco). Since 2016, he has been Associate Programmer for Berwick Film & Media Arts Festival (Berwick-upon-Tweed, UK). He is a graduate of the Central Saint Martins/LUX MRes Moving Image programme, has lectured on film and contemporary art at museums, universities and art spaces, and has written for publications including Art-Agenda, Art Monthly and The Brooklyn Rail. He curated the series “Independent Frames: American Experimental Animation in the 1970s + 1980s” which premiered at Tate Modern and is touring internationally. In 2018, he will curate an exhibition at The Maslow Collection (Scranton, PA). 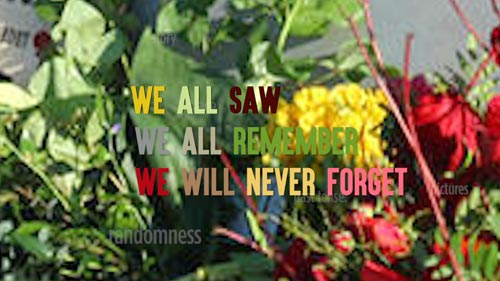 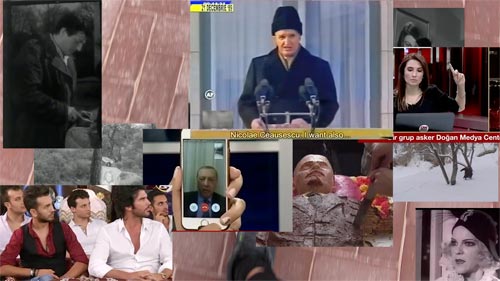 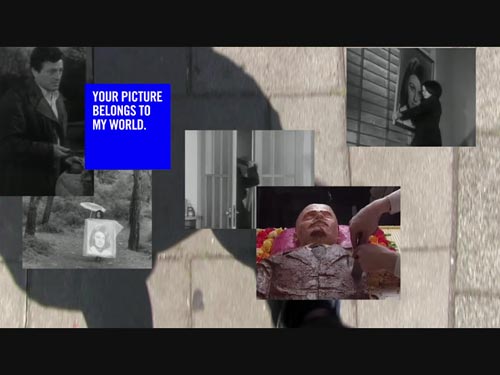 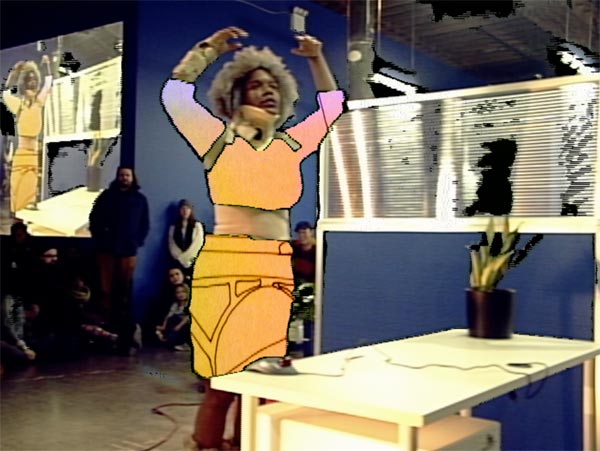 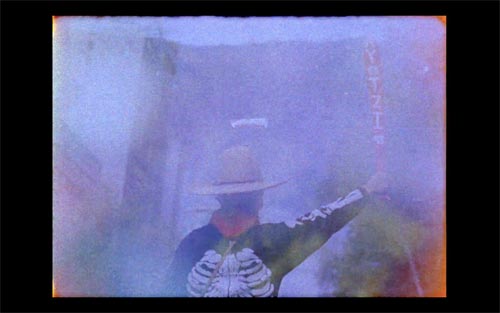 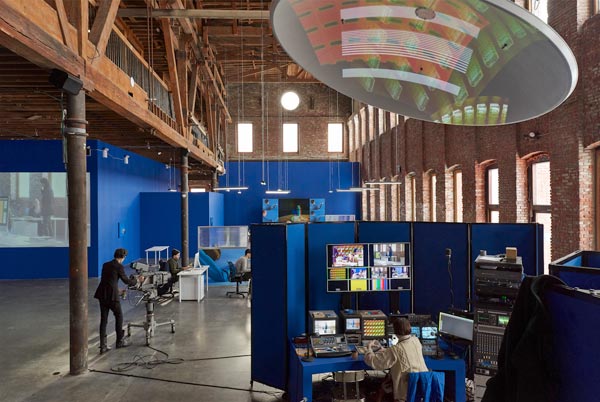