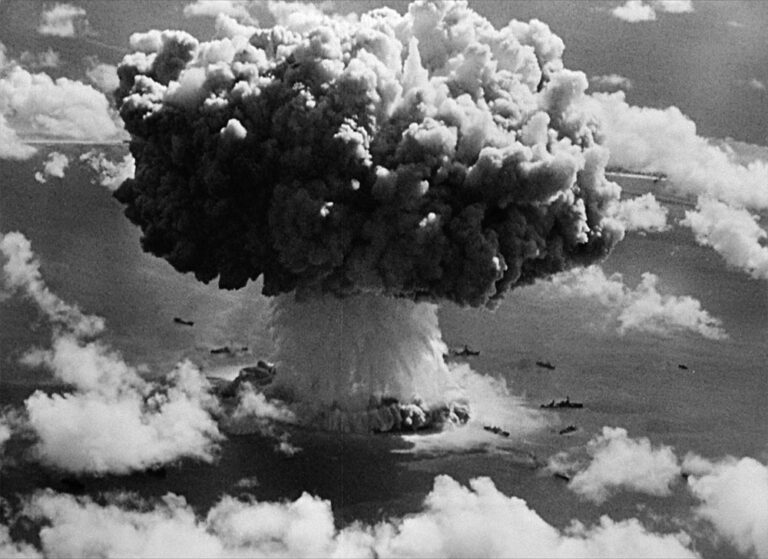 ‘Eugene Pallette’ is a programme of works guest curated for PLASTIK by aemi.

Throughout cinema’s history many have suggested that the presence of film, the medium itself, gives us access to a different understanding and appreciation of time. This idea is supported by works like Bruce Conner’s seminal Crossroads (screening here from a 35mm print) which shifts us out of conventional patterns and rhythms. Rather than accept this privileged relationship as a given we test it by seeing how it differs from the digital artefacts of Soda_Jerk’s The Time that Remains, or the VHS scans that haunt the works included here by The Duvet Brothers and John Scarlett Davis

This film is screening as part of the IFI & PLASTIK Festival of Artists Moving Image (March 24th–26th) in association with the IFI, Lux and Temple Bar Gallery + Studios.