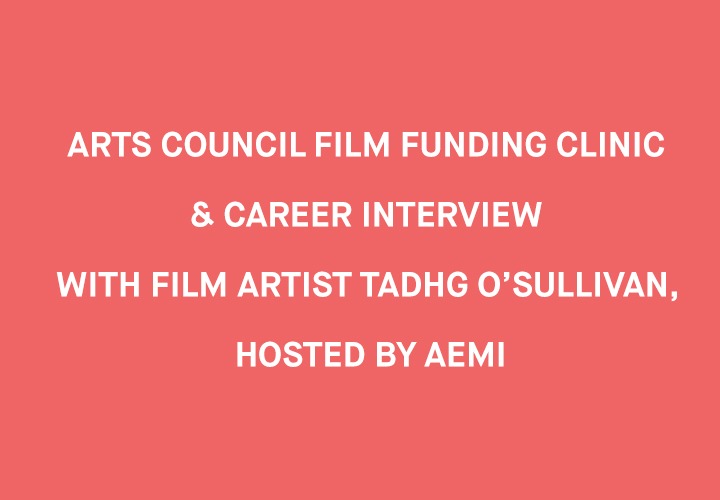 Update: This event is now fully booked. We are operating a waiting list and will make the audio recording available afterward.

This free event will give invaluable insight into the Arts Council’s funding opportunities for film artists as well as a personal account from Tadhg O’Sullivan on how Arts Council support has enabled him to develop his career as a film artist.

Designed to provide film artists with comprehensive information about funding, this event hosted by aemi will begin with a presentation from Fionnuala Sweeney, Head of Film and Architecture at the Arts Council, on the funding opportunities offered by the Arts Council to support film artists. This will be followed by a career interview with internationally acclaimed Irish film artist Tadhg O’Sullivan about the dynamic and significant role that mentorship, collaboration and Arts Council funding has played in the development of his career.

This event is FREE to attend but please email [email protected] to secure your place as seats will be limited. A free lunch will also be provided on-site in between the two sessions.

Biography, Tadhg O’Sullivan
Tadhg O’Sullivan is a film-maker, sound artist and writer. His films include the features To the Moon, The Great Wall, Yximalloo and the upcoming The Waves, The Sea. He has made numerous short films, moving-image works and radio programmes, including the on-going series for Lyric FM The Cloud of Unknowing. Alongside from his own practice he has collaborated widely with other artists and film-makers, as editor, sound designer, and most recently, as producer. In 2021 he was the Arts Council Film Artist in Residence at UCC. He is on the boards of Visual in Carlow and the Irish Film Institute. 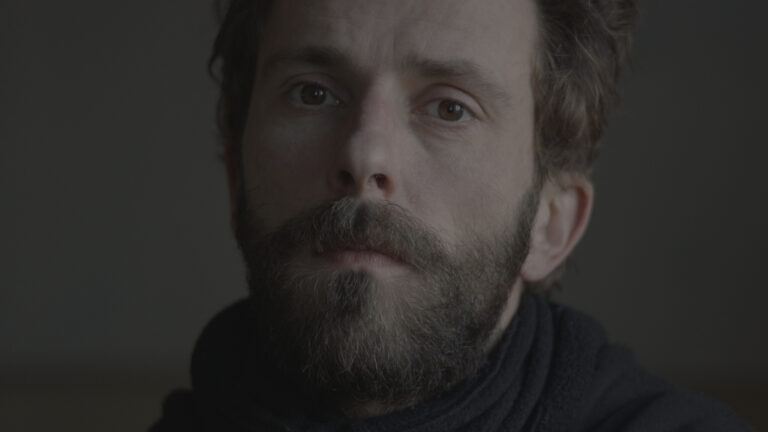