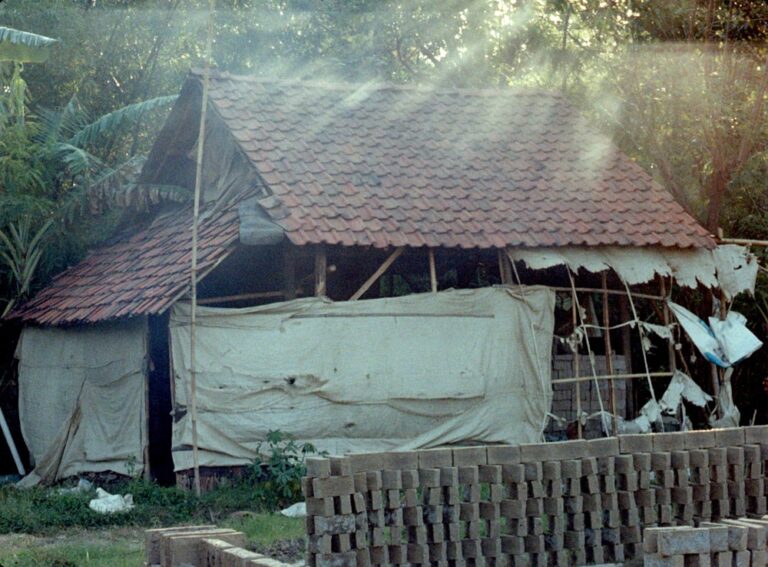 We are delighted to welcome artist & filmmaker George Clark to introduce this screening and to take part in a discussion about his work following the programme.

Sites & Rites is a new configuration of artist George Clark’s ongoing ‘Eyemo rolls’ project, a series that interleaves his 35mm film footage with works by other artists. Developed as a means to think about the cinema as a space of montage and a site of cultural entanglement, this programme considers contested territories and ritual actions. Filmmaker and activist Mok Chui-Yu explores the origins of the struggle of Hong Kong’s intellectual youth while Barbara McCullough’s water ritual shows reclaimed space in Los Angeles. Other works include Tito & Tita’s feline screen-test Director’s Cat, Maori artist Shannon Te Ao’s reading of poetry to house-plants, and Ismal Muntaha’s arresting depiction of Indonesian community rituals in Terra Na Sae.

Begun in 2011 and consisting of over 200 individual 35mm film rolls, Eyemo Rolls was developed as a means to respond to the work of other artists, think about cultural entanglement and the cinema as a locality situated between places. Each time it is shown the rolls are specially selected for each venue. The assembly for Dublin responds to the cinema space as site for ritual and reclaiming of space.

Ranging from rituals of water to fire, the artists works propose cinema as a site of resistance, a place to reclaim space and rethink how art and politics function in daily life.

Works featured in this programme include filmmaker and activist Mok Chiu ­Yu’s portrait of the anti-­colonial struggle of Hong Kong’s intellectual youth in Letter to the Young Intellectuals of Hong Kong (1978) while Barbara McCullough explores how the African diaspora reclaimed space in the contested territory of South Central Los Angeles in Water Ritual #1: An Urban Rite of Purification (1979). Other works include the collective Tito & Tita’s feline screen-test Director’s Cat (2013) and Maori artist Shannon Te Ao’s reading of poetry to house plants, marking points of translation between plants, animals and humans. Ismal Muntaha’s Terra Na Sae (2018) captures the collectives rituals and actions of Indonesia’s Jatiwangi art Factory from farming to a ceramic concert with 11,000 participants and this will be followed by a final work entitled The Scent of Jati Trees made by George Clark as part of West Java West Yorkshire Cooperative Movement, an ongoing collaboration with Jatiwangi Art Factory that explores how art functions in industrial post­colonial landscapes and as part of daily life.

These works aim to collapse space and time and bring diverse places together from the Philippines to Aotearoa New Zealand, from Los Angeles to Hong Kong. Each pairing seeks to find new spatial and social relationships to counter rupture and displacement. Each work is drawn from a particular geography but also blurs the line between them.

2. Water Ritual #1: An Urban Rite of Purification
Barbara McCullough, b&w, sound, 1979, 35mm, 6 mins
Barbara McCullough’s Water Ritual is one of the most original films of the LA Rebellion, the radical work of Black independent cinema from Los Angeles. Her landmark work blends black feminism, experimental cinema and ritual. Working in collaboration with the performer Yolanda Vidato, Water Ritual explores the struggle to mark and create space within the blighted urban landscapes of southern Los Angeles. Consisting of a series of symbolic actions drawing on African traditions and iconography, the film seeks to activate the viewer as a participant and as McCullough has stated ‘extract the magical from the seemingly mundane.’

4. Untitled (epilogue)
Shannon Te Ao, Aotearoa New Zealand, 2015, HD video, colour, sound, 5 min
Shannon Te Ao’s video is a response to the life and work of New Zealand artist Joanna Margaret Paul (1945-2003) who created a rigorous body of work moving between painting, film, photography and poetry. The work pays homage to three generations of artists in New Zealand – Joanna Margaret Paul, Katherine Mansfield and Noeline Arnott. Utilising his voice, a key element of his performative works, Shannon reads passages from a short story by Noeline Arnott called Relics from an Ancient Tomb (first published in 1986 with two gestural watercolour and pencil drawings by Joanna Margaret Paul) to a floating cast of potted plants, exploring the shift in perspective in this ambiguous yet personal text when the identity of the reader and listener is shifted and multiplied.

6. Letter to the Young Intellectuals of Hong Kong
Mok Chiu Uu & Li Ching, Hong Kong, 1978, 35mm transferred to digital, colour, sound, 15 min
Renowned for his work in theatre, activism and as founder of the influential Left­wing magazine ‘The 70s,’ Mok Chiu Yu is one of Hong Kong’s defining iconoclasts. In the 1970s and 1980s Mok produced a highly original and unique body of film work, eschewing the production methodologies of popular Hong Kong film industry and addressed to Hong Kong’s under­represented Left, his films cut and paste elements of industrial, personal and experimental film, resulting in highly original and invaluable records of anti-­imperialist and intellectual movements in British controlled Hong Kong. Letter to the Young Intellectuals of Hong Kong is a 35mm film that utilises and appropriates footage from a documentary about a Henry Moore exhibition in Hong Kong. Through over­dubbing, painting directly onto the film and other gestures, Mok turns the material into an incendiary address to Hong Kong’s youth. Intercut with newly filmed material creates, the film also functions as a personal diary of Mok’s political activity throughout the 1970s.

8. Director’s Cat
Tito & Tita, Philippines, 2013, 16mm transferred to digital, silent, 2 min
Tito & Tita are a film and art collective from the Philippines whose work spans installation, film, photography and collective actions. Centrally concerned with possibilities of photographic media and its various histories, their name Tito and Tita is the Tagalog for ‘uncle and aunts’, suggesting an informal network of artist collaborators. Director’s Cat is a hand processed 16mm film that sits between a home movie, discarded take or screen test, a captured off hand moment and a staged scene.

11. The Scent of Jati Trees / Eyemo Rolls #140­157, #165, #168­69
George Clark, Indonesia, 2018, 35mm, colour, sound, 25 min
Filmed in Jatiwangi, West Java between 24 July and­ 15 October 2017. This series was filmed with synch sound and assembled as a stand alone work. The film is a collaborative portrait of the village arts community Jatiwangi Art Factory in West Java, Indonesia. Shot over two months, the film is chronologically structured around a series of 35mm film rolls, each of which unfolds against a single unedited field recording. Playing with synch sound and in­-camera editing, the film draws on a large cast of local collaborators and performers from school children to factory workers, bodybuilders to farmers. Charting transformations and rebuilding of the community, the film proposes an open form to experience Jatiwangi’s model of art practice and their dedication to what they call the ‘discourses on local rural life’.

George Clark is an artist, curator and writer.

Bridging curatorial and artistic practice, George Clark’s work explores the history of images and how they are governed by culture, technology and social political conditions. His work has been shown at festivals and museums internationally.

Prior to this he collaborated with various artists including Luke Fowler on The Poor Stockinger, the Luddite Cropper and the Deluded Followers of Joanna Southcott (2013) and he co-wrote the script for The Future’s Getting Old Like the Rest of Us (2010) with Beatrice Gibson.

He has written various catalogue essays and contributed to publications including Afterall, Art Monthly, Sight and Sound and Senses of Cinema. He has been a jury member at various festivals including DOX LISBOA (2017), 25 FPS Festival (2016), International Short Film Festival Oberhausen (2015), CPH DOX Festival (2013) and the International Film Festival Rotterdam (2009). He is currently a visiting lecturer in MA Contemporary Art Practice at the Royal College of Art. 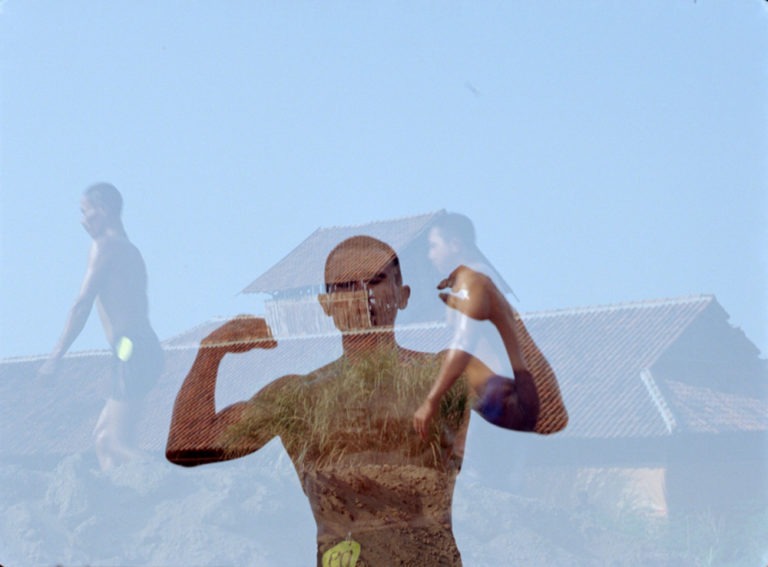 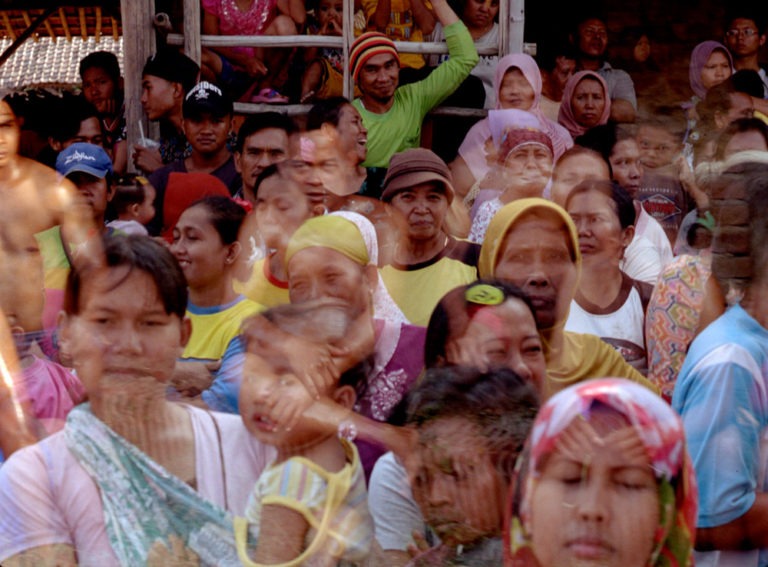 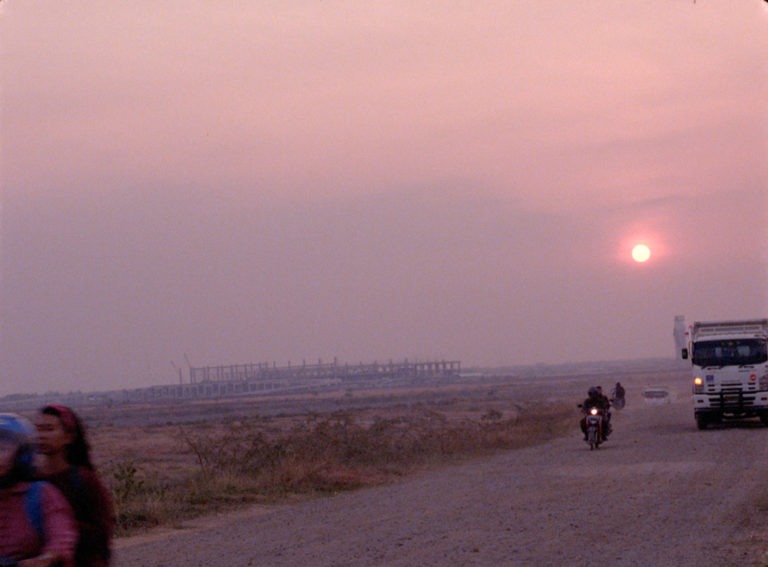 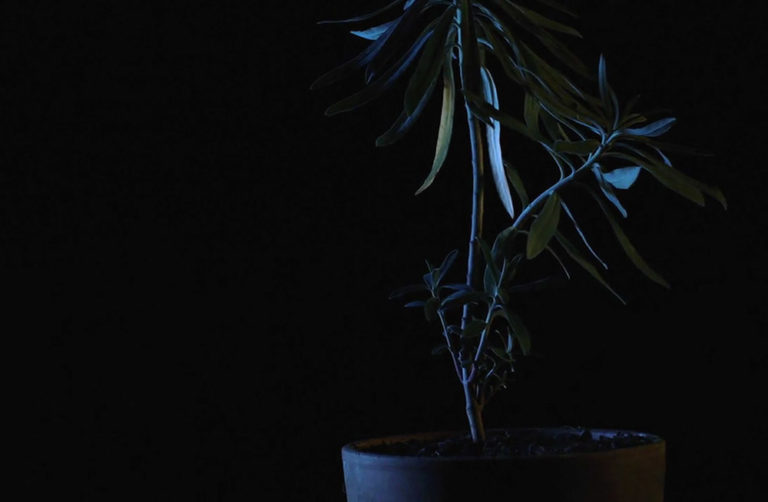 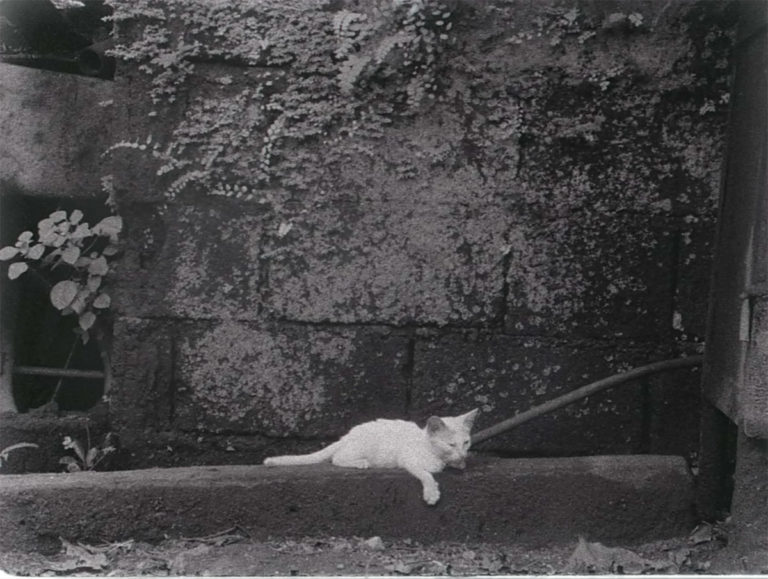 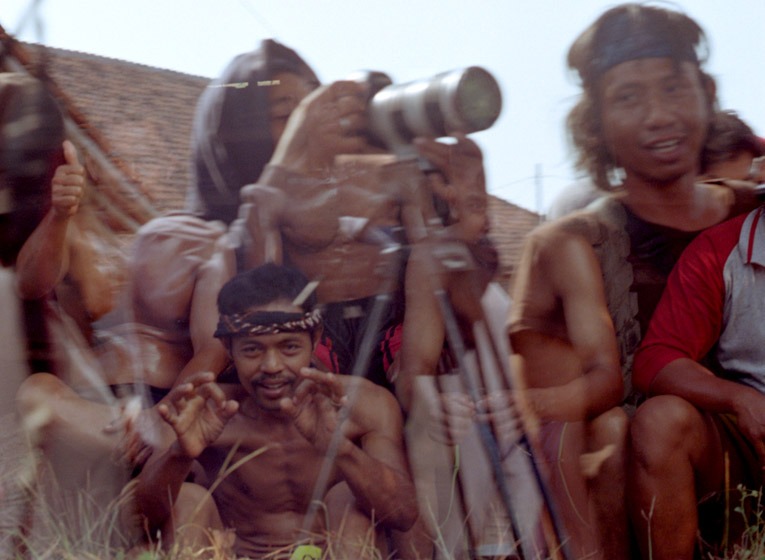