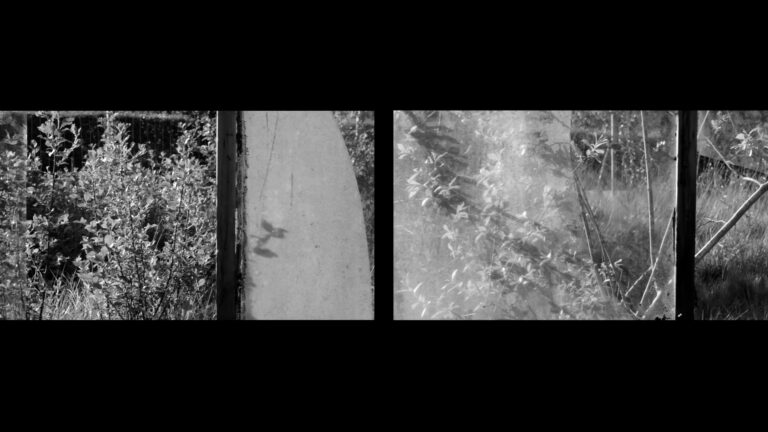 Niamh O’Malley, Glasshouse with an introductory text by Chris Fite-Wassilak

Niamh O’Malley’s Glasshouse (2014) draws out a series of mesmeric relationships between motion and perception, interiority and the lure of outside space. Masterfully working within a two-channel framework, O’Malley establishes an enigmatic distance between two tracking shots of the same site – a row of derelict greenhouses situated near Odense in Denmark. The viewer’s inclination is to try to adjust and find a meeting point between the two gliding screens but Glasshouse defies the possibility of a single viewing perspective and instead creates a compelling portrait of discrepancy.

Accompanying the film is a commissioned text by Chris Fite-Wassilak which acknowledges the role of the viewer (both physical and psychological) in watching, to discuss O’Malley’s film in relation to personal experience, the act of recollection and the cinema of Jean-Luc Godard.