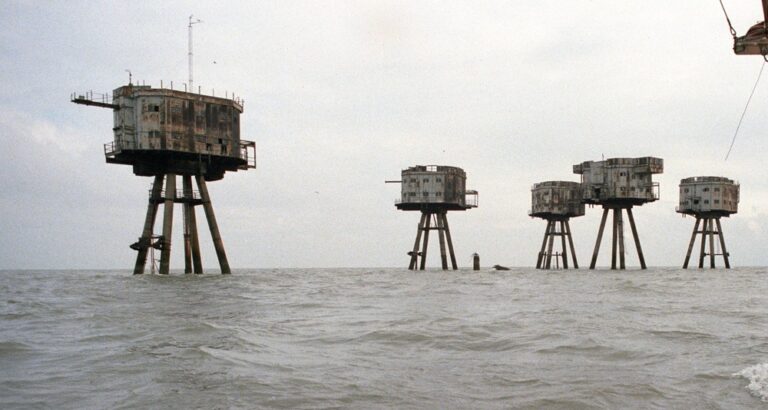 port | river | city takes the form of a unique programme of screenings and site-specific moving image installations curated by Alice Butler & Daniel Fitzpatrick of aemi and artist Cliona Harmey. Over the course of three weeks in September, the project traces a journey along the River Liffey from Dublin Port’s most eastern point at Poolbeg Lighthouse on the Great South Wall into its inner city and now invisible waterways, offering new possibilities for engagement with Dublin’s port and its history.

The moving image works and interventions which make up the project – three of which are newly commissioned and one of which is screening for the first time – feature a variety of often very personal reflections on ports and their immediate environs. Espousing the idea of public art as ‘any form or mode of encounter’, this project adopts a range of approaches in relation to exhibition, in one instance convening a ticketed audience together for a cinema screening while in another designing the experience specifically with the individual passer-by in mind, situating works in locations that interrupt the expected or the routine, thereby creating the possibility for transforming the familiar into something altogether new.