Glenn was the host of pioneering guerilla drag queen talk show The Brenda and Glenda Show in the 90s, we saw Seize Control of the Taj Mahal at International Film Festival Rotterdam last year and it couldn’t have felt more timely to include this film, shot with political intent and even more humour at Trump’s casino in Atlantic City, in this programme looking back at the year 2020 (watch as part of Year in Review 2, available until 18 April)

“Back in 1991, we viewed Donald Trump as a buffoon, an embarrassing media whore. For our video Seize Control of the Taj Mahal, our queer and drag queen troupe chose Trump’s Taj Mahal Hotel and Casino in Atlantic City for our outing because of its tacky camp value—and because Trump’s wife, Ivana, was considered a style icon for drag queens” Glenn Belverio 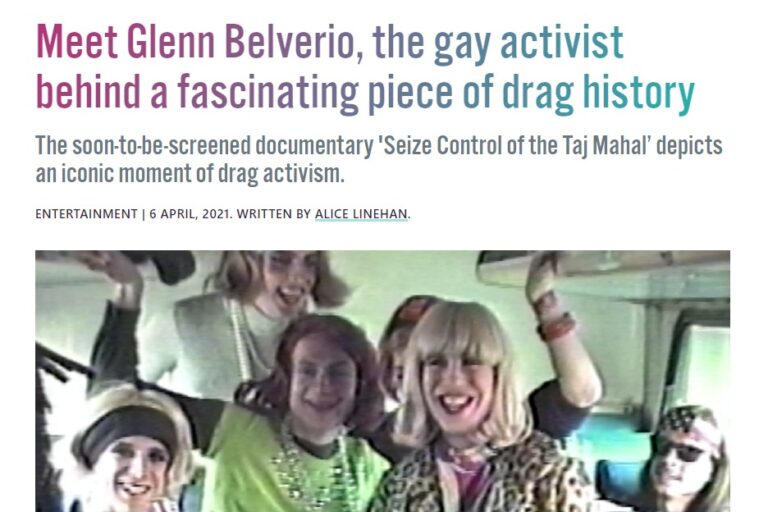