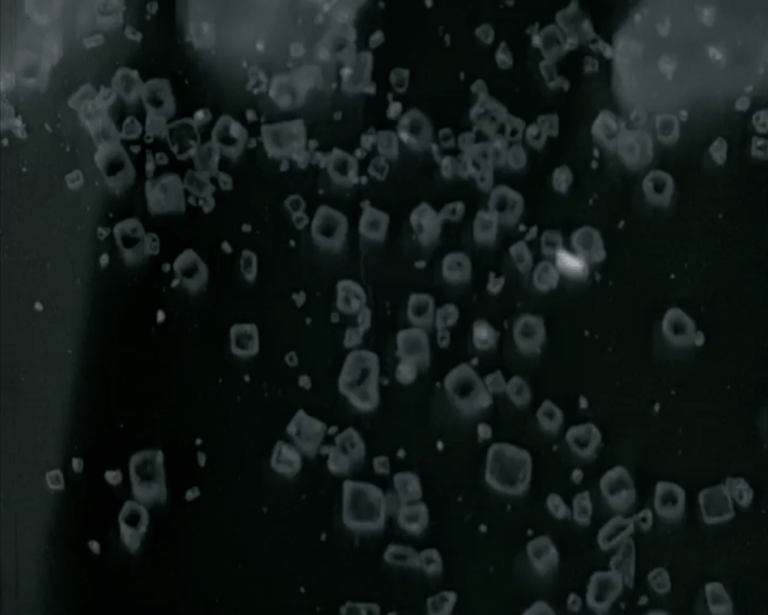 Screening as part of 'To be consumed in totality' curated with artist filmmaker Kevin Gaffney for PhotoIreland Festival 2021, Viktoria Schmid's Food Films 'alphabet soup and coffee', 2010, 16mm, courtesy of the artist
Watch the programme until 31 July

Hope everyone is keeping well and enjoying the summer so far.

There are two aemi screenings available to watch online for free at the moment during these long sunny evenings; a solo presentation of Niamh O’Malley’s Glasshouse showing on ‘aemi online’ until the end of August accompanied by a commissioned text by Chris Fite-Wassilak, as well as ‘To be consumed in totality‘ curated with artist filmmaker Kevin Gaffney for PhotoIreland Festival 2021. A recent online talk with Kevin Gaffney and Julia Gelezova from PhotoIreland is now available to watch here, and the programme, which looks at the politics of food, consumption and connection, can be viewed on our website until 31 July.

Alongside these online programmes we’re excited to be working on some upcoming in-real-life events taking place around the country next month. aemi’s touring programme ‘Signals & Circuits’ will screen at The Model’s new space dedicated to the exhibition of artist and experimental film from August 12th. On August 14th we will present a once-off outdoor screening programme curated with and featuring a new film work by artist Aoife Desmond as part of the larger TEST SITE project in Cork City, and on August 29th aemi will present a screening as part of Docs Ireland at the Queen’s Film Theatre in Belfast.

So save the dates – full programme details to be announced soon, and hopefully we’ll see lots of you there!

With many thanks and best wishes, 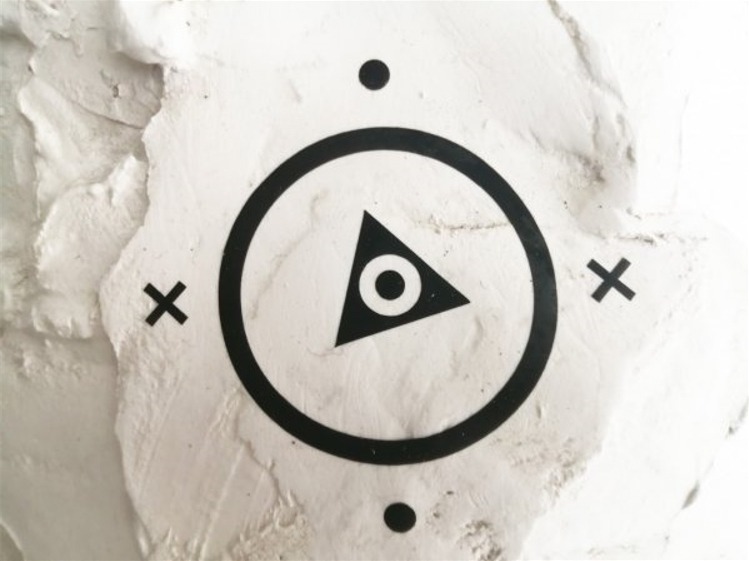 Ann Maria Healy, 'Hypnagogia', at The LAB, Dublin, until 30 September

NCAD Gallery, Dublin – berte & harmey (Filip Berte and Cliona Harmey) are resident in the NCAD Gallery space in June & July for the research & development of the Dublin version of their Nul Punt Wolk mapping project, until Monday, 26 July

The MAC, Belfast – Jaap Pieters ‘The Eye of Amsterdam’, until 8 August

Project Arts Centre, Dublin – ‘All Our Relations / Ár gCaidreamh Uilig’, a group exhibition with new commissions from Jenny Brady and Moad Musbahi, works by Maryam Tafakory and Naeem Mohaiemen and a public programme with Amal Khalaf, Anna Bunting-Branch and Aliyah Hussain, until 21 August

Rua Red, Dublin – Amanda Coogan, They Come Then, The Birds as part of ‘The Magdalene Series’, until 18 September

The Roberts Institute of Art – Rehana Zaman, Tell me the story Of all these things (2017) with commissioned text by Prem Sahib, until 21 July

arebyte Skills – ‘Interaction 101’ with Danielle Brathwaite-Shirley, Danielle will take participants through examples of the mediums and design methods that have been used to make her interactive work, from internet-based tools to physical devices like dance pads and motion capture, free online event in partnership with Serpentine, Saturday 24 July, 10am – 1pm 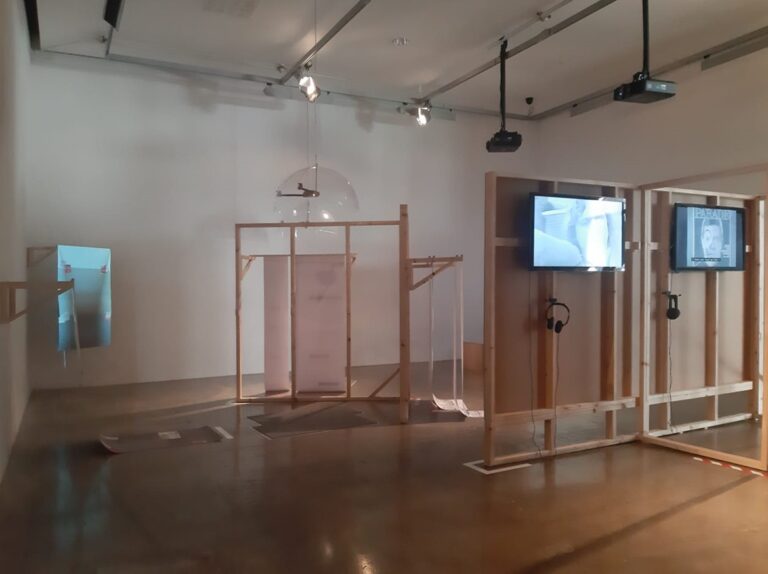 We highly recommend this group show curated by Project’s newly appointed Sara Greavu which explores dialogue, miscommunication, connection through technology and a craving for touch as we navigate shifting covid restrictions and falter between social distance measures and reopening plans. The exhibition presents new commissions from Jenny Brady and Moad Musbahi, works by Maryam Tafakory and Naeem Mohaiemen, and an upcoming public programme with Amal Khalaf, Anna Bunting-Branch and Aliyah Hussain. The display structures designed and built for the show are based on the ad hoc Covid screens that have defined public space in recent months.

‘All Our Relations / Ár gCaidreamh Uilig’ is open until 21 August, booking required