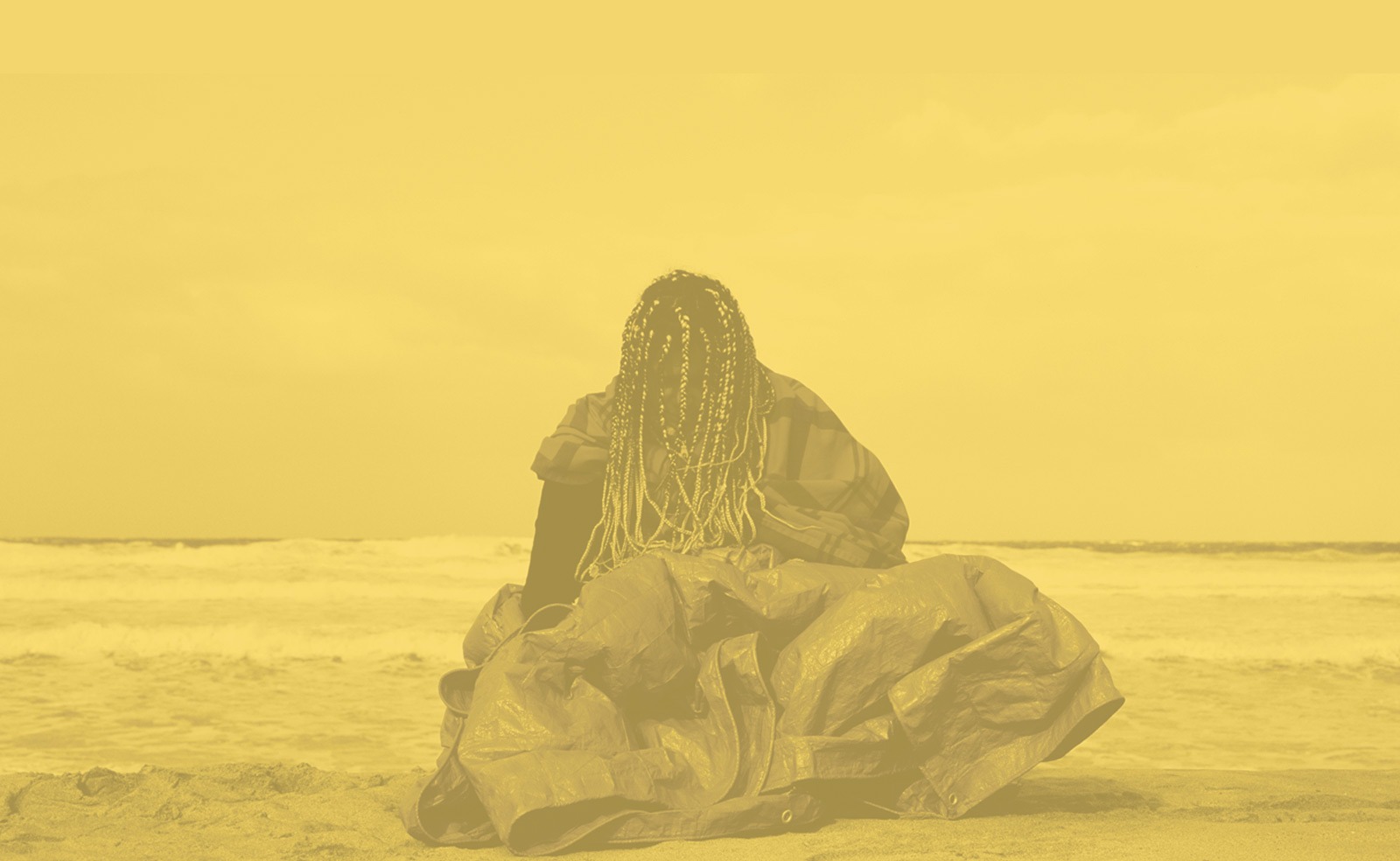 Image Credit: Matthew A Williams and Alberta Whittle, between a whisper and a cry, 2019. Courtesy of the artist.
SPEAKERS

Tickets for this event are free but must be booked in advance.

No Longer Peripheral is a day-long event hosted by aemi in association with The Douglas Hyde Gallery that will take place in the Robert Emmet Theatre in Trinity College Dublin’s Arts Building on November 2nd 2019. The event will comprise a screening of Irish artist moving image work curated by aemi, a screening of Scottish work curated by LUX Scotland and a screening of Northern Irish work curated by AMINI each of which will be followed by group discussion. The idea behind No Longer Peripheral is to spark a dialogue and deepen connections between artist moving image cultures in Ireland, Northern Ireland and Scotland. The event is envisaged as a live research process that will provide the opportunity to examine art practices in three communities where artist moving image practice is remarkably dominant.

The day-long seminar event will unpick what being peripheral really means and whether the moving image cultures in question have become so rich and productive to have effectively shed their ‘peripheral’ status. The project has numerous potential outcomes and it presents an important chance for Irish, Northern Irish and Scottish artists and practitioners to compare and contrast the interconnected history and culture of artists working with the moving image in these three contexts. No Longer Peripheral has been developed in close collaboration with writer, researcher and lecturer Dr Maeve Connolly from the faculty of Film, Art & Creative Technologies at IADT. As well as aemi, LUX Scotland and AMINI, the event will include contributions from a number of artists, academics, curators and LUX Critical Forum members from Ireland, Northern Ireland and Scotland.

Potential Futures, centred on the Organisations

aemi is an Arts Council-funded initiative that supports and exhibits moving image works by artists and experimental filmmakers. A key objective is to develop audiences for artists’ moving image in Ireland through regular, curated programmes of both Irish and international work. aemi also operates as a resource organisation by offering key supports to artists in the production, development and exhibition of moving image work. aemi seeks to develop a strategic approach for the national and international dissemination of moving image works by Irish and Ireland-based artists and works in partnership with a diverse range of organisations, festivals and individuals. aemi was founded in Dublin by Alice Butler & Daniel Fitzpatrick in 2016.

For ‘No Longer Peripheral’ aemi is presenting the Irish works featured in the two programmes touring to venues around Ireland and the UK in 2019 in partnership with access>CINEMA. These programmes - ‘Delirious Rhythm, 1936-2017: Films selected by Vivienne Dick’ and ‘To train the whole body as a tongue’ curated and including work by Sarah Browne - have travelled to Belfast and Glasgow for screenings with LUX Scotland and AMINI. Drawn from both programmes, the works screening for ‘No Longer Peripheral’ are Saoirse Wall’s Sticky Encounter (2016), Sarah Browne’s Report to an Academy (2016), Moira Tierney’s American dreams #3: Life, Liberty and the Pursuit of Happiness (2002) and Vivienne Dick’s Two Little Pigeons (1990). aemi is delighted to welcome Glasgow-based Irish artist Saoirse Wall to participate in the artist- led panel on ‘Contemporary moving image cultures in Ireland, Northern Ireland & Scotland’.

LUX Scotland is a non-profit agency dedicated to supporting, developing and promoting artists’ moving image practices in Scotland. Working at the intersection of the contemporary visual arts and film sectors, core activities include public exhibition and touring projects, learning and professional development for artists and arts professionals, distribution, commissioning and production support, research and sector advocacy. From our offices based in Glasgow, we work with a growing network of national and international partners, including museums, contemporary art organisations, film festivals and educational institutions, to deliver our programme. One of our current priorities is the establishment of a new distribution collection of artists’ moving image based in Scotland. Established in 2014, LUX Scotland is a part of LUX and receives support from Creative Scotland.

For ‘No Longer Peripheral’ LUX Scotland is presenting the 2018/19 Margaret Tait Award commission by Alberta Whittle, between a whisper and a cry (2019), which seeks to challenge conditions of racialised abjection and find new methods for refusal. A chief linkage in this refusal is the sonic cosmologies found in Kamau Brathwaite’s research on tidalectics and Christina Sharpe’s work on ‘the weather’. Sharpe positions ‘the weather’ as a lens to understand the inescapable conditions within the afterlife of slavery, while Brathwaite’s theories of tidalectics expose the performativity of sound, revealing memories of transoceanic life. between a whisper and a cry speaks of memory, trauma, tensions between the land, the sea and the weather, which reveal the precarity and privilege of geography.

AMINI is an artist-led initiative for the promotion and critical discussion of artists’ moving image in Northern Ireland. The organisation grew out of a desire to create a discursive culture around the medium of Artists’ Moving Image within Northern Ireland, which would nurture and support artists working in the medium through exhibition and discussion. AMINI was set up in 2015, by Jacqueline Holt and Michael Hanna.

For ‘No Longer Peripheral’, AMINI is presenting a new moving image work from artist Emily McFarland. Curraghinalt (2019) is a video fragment in a series bearing witness to the ecology of a particular landscape. Recorded continuously by McFarland since 2018, it traces ongoing conversations in the Sperrin Mountains of West Tyrone. The single-channel video, which utilizes documentary forms, dislocated sound, and voices and images that are woven together, explores embodied memory and moments of testimony from individual members of a small rural community of anti-mining protesters based at the Greencastle Peoples Office - a collection of caravans high in the mountains that overlook a valley of farmland. This dialogue, which shifts between shared experiences and personal accounts, converges with wider questions of solidarity, political representation, sovereignty, the circulation of capital, ideologies of capitalism and particular legacies of historical colonialism. It documents a present-day condition that lies at the intersection of the Global and the Local.

This video is part of new work commissioned by EVA International 2020. 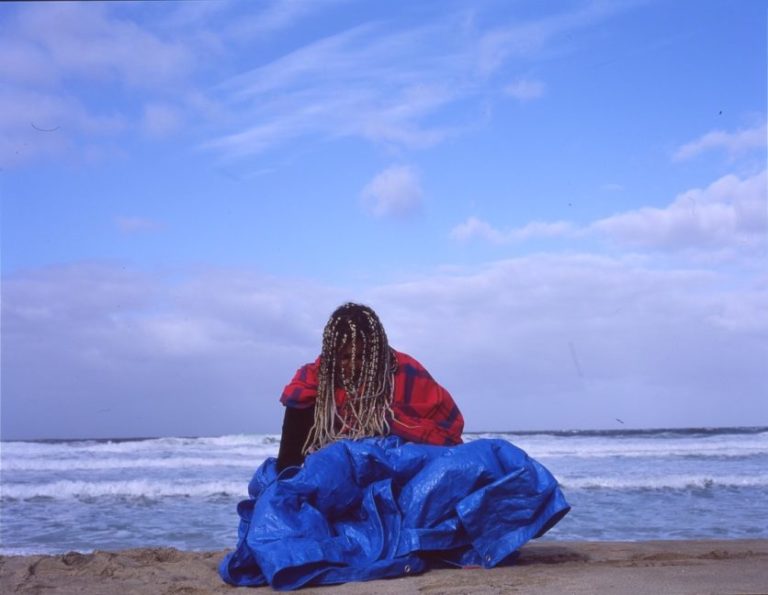 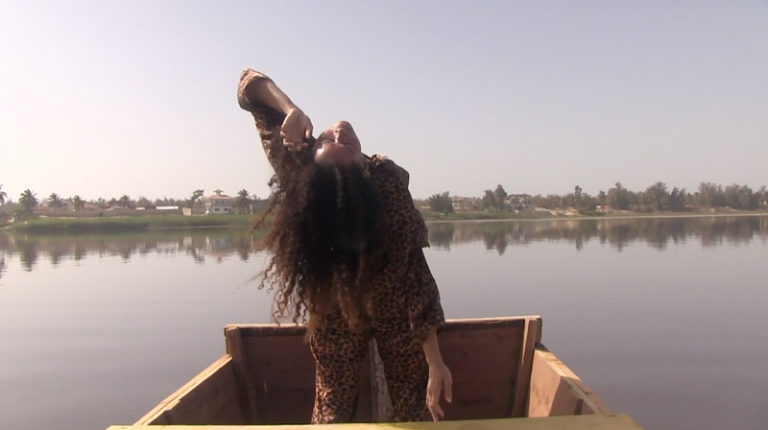 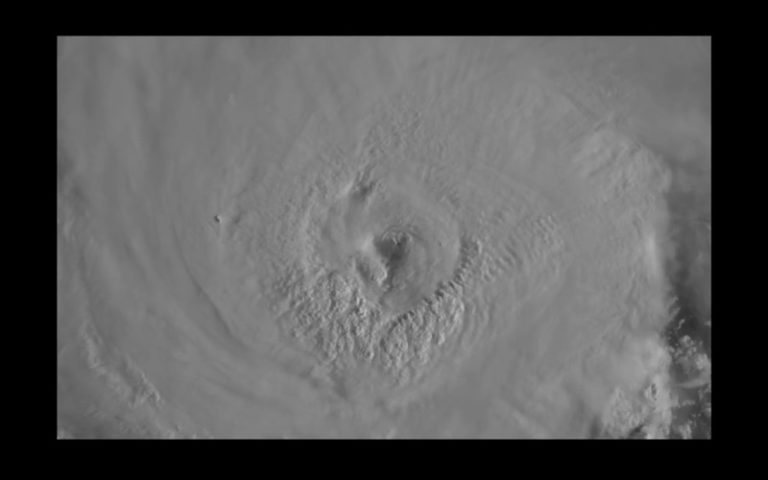 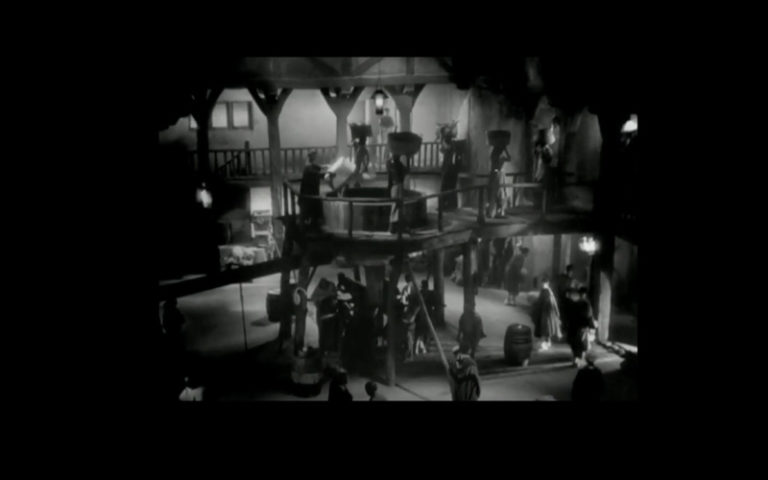 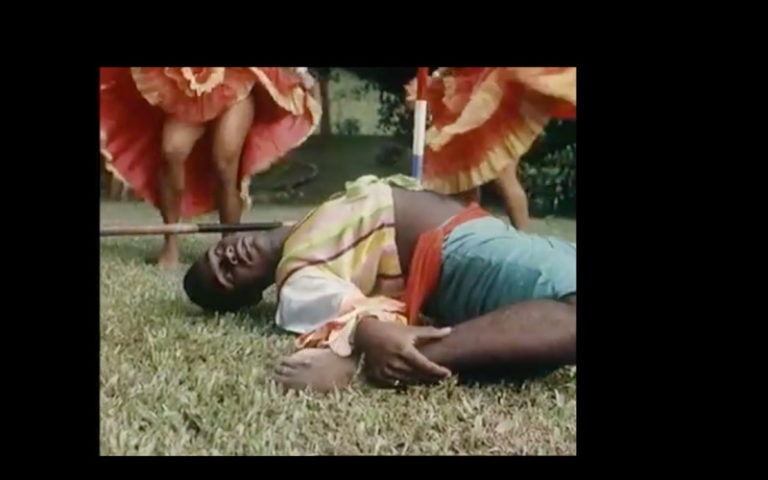 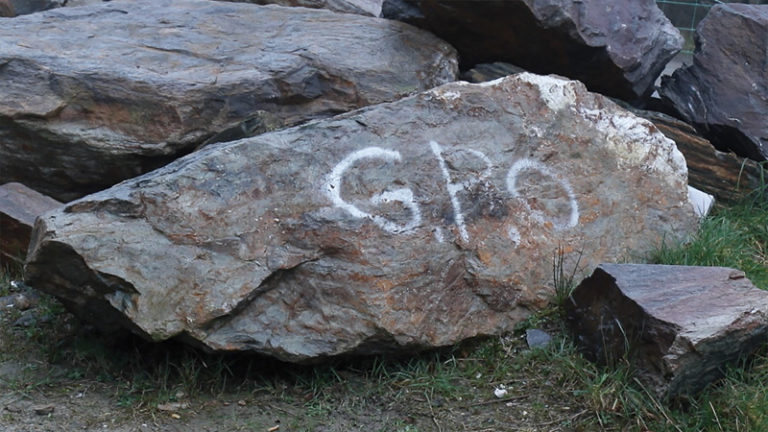 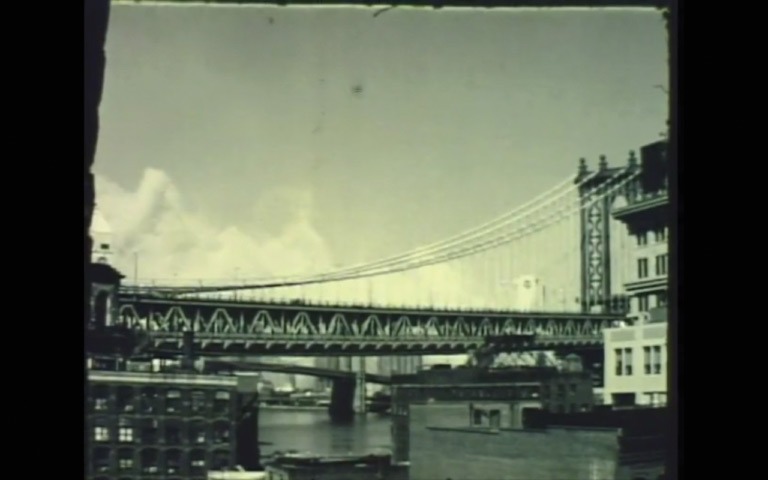 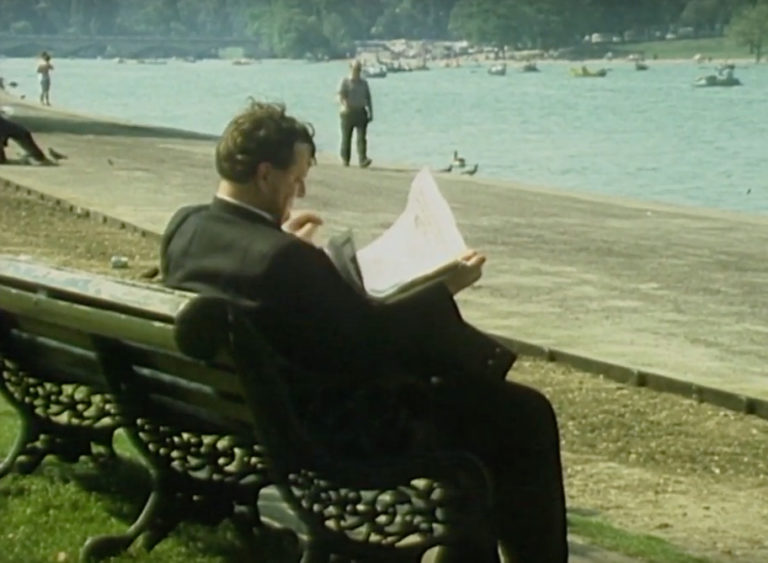 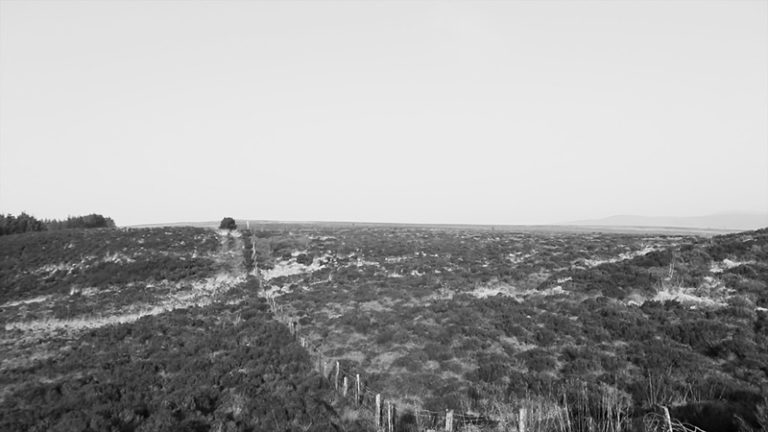 aemi would like to thank the following individuals and organisations for their support in realising No Longer Peripheral: