With big thanks to Una Mullally for this feature on Sisters with Transistors
Sisters With Transistors: Pioneering women and electronic music: Magical documentary maps genre as soundtrack to its female artists’ liberation The Irish Times, 6 March 2021

“The film…contains a particular weight that somehow lands with even more profundity in the context of the pandemic, where clubs are closed and the desire for release and the spirituality of the collective experience that listening to electronic music provides is not accessible. Yet here we can see the quietness and the loudness of creativity and craft. Almost bizarrely absent from the artists covered in the film is any sense of ego. Instead, there’s an enthusiasm and a thrill, a nerdy pride as they present their latest inventions through television interviews at the time. They are frequently framed in the archive footage itself as curiosities, outliers, and it’s a rare insight into women working in highly technical, intensely creative ways in the mid-20th century. Collected together, despite the fact that the documentary is essentially one of brilliantly collaged archive footage, there is something incredibly exciting and “present day” about it all. Perhaps that’s the power of discovering what an artist was doing decades ago that really speaks to you. It can feel as though what they’re doing is happening now, because the impact and emotional reaction is so contemporary.”
excerpt from Una Mullally on Sisters with Transistors 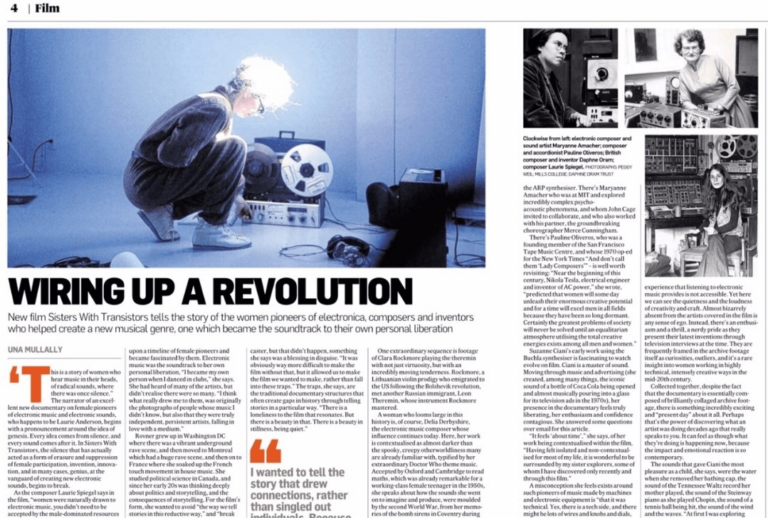 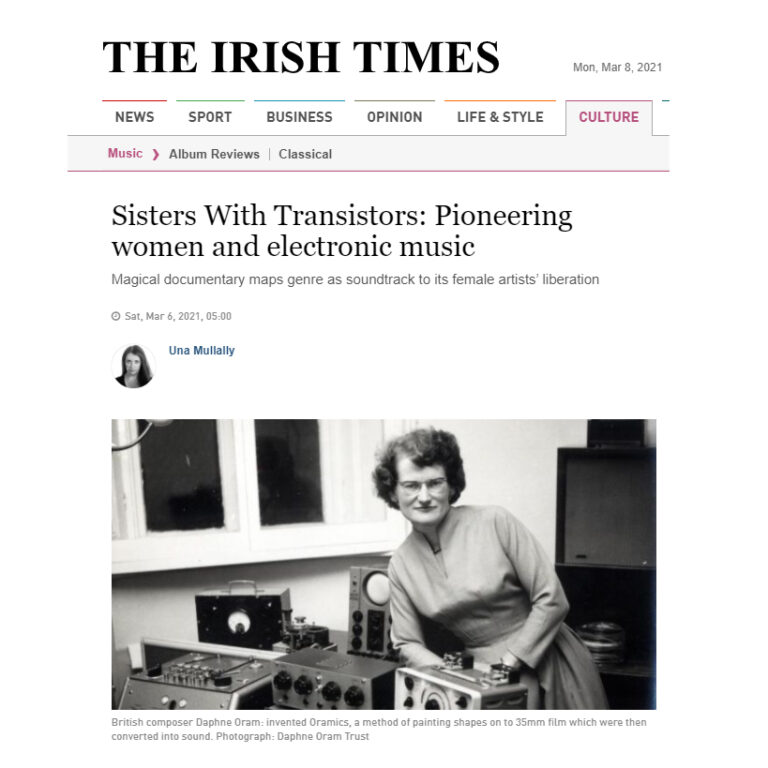