aemi is delighted to announce a new commission for 2022 offered for the first time in partnership with SIRIUS in Cobh, Co. Cork. The partnership between aemi and SIRIUS means the commissioned artist benefits from continued support and mentorship throughout the year from aemi and SIRIUS as well as a residency at SIRIUS.

aemi & SIRIUS’ commissioned artist in 2022 is Frank Sweeney. Frank has a research-based practice, using found material to approach questions of collective memory, experience and identity through film and sound. His recent film People enjoy my company screened widely at festivals and exhibitions internationally and his film All I believe happened there was vision was the inaugural work presented on ‘aemi online’ in July 2020 accompanied by an introductory text by Rebecca O’Dwyer. His collaboration with Eva Richardson McCrea, Made Ground, was purchased for the Arts Council Collection in 2021.

Frank’s commission, a film called 2 Channel Land, looks at the history of analogue radio and television signals spilling across the borders of Ireland and Britain. Blurring the line between narrative and documentary, the work explores the relationship between these transmissions and collective identities.

I am delighted and privileged to accept the aemi & SIRIUS film commission for 2022. As an emerging artist, it is invaluable to be given the freedom to experiment with new work with the continued support of these organisations. I cannot imagine sustaining an artist film practice in Ireland without the continued support of aemi over the past two years. The residency and the exhibition at SIRIUS are an opportunity to research and reflect on the project as well as present it in the wonderful surroundings of Cobh – Frank Sweeney

This commission is made possible through support from The Arts Council. 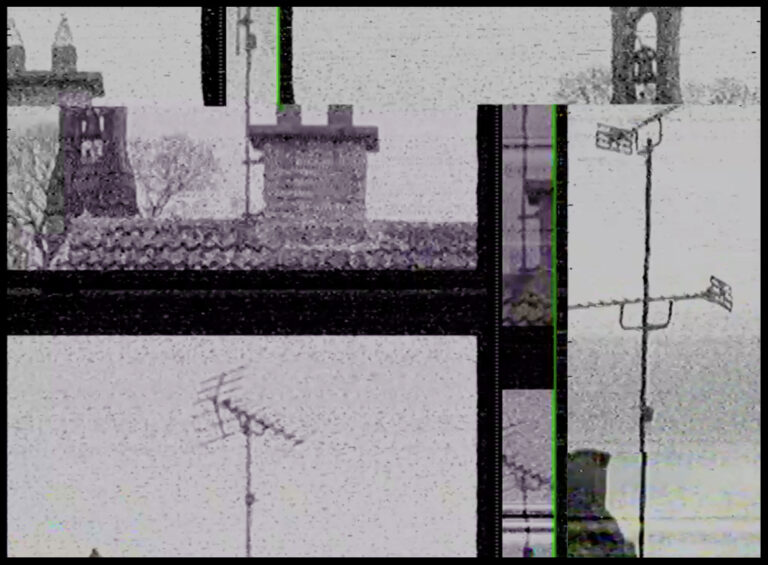