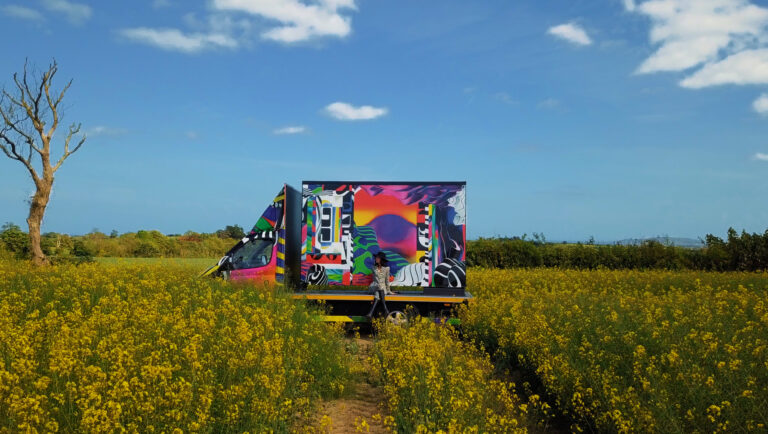 We hope everyone is keeping well and enjoying recently warmer days.

Of late we’ve been enjoying observing how artists and public art bodies are adapting to the times. Ireland’s extended summer evenings have been taken advantage of by artist and art lecturer Aideen Barry, who – via a projection installation in a field in Tipperary – recently used the inky-blue twilight of May as a backdrop for showcasing moving image student work from Limerick School of Art and Design, Edinburgh College of Art and Virginia Commonwealth University. The presentation took place over two evenings via IGTV, and now also exists on the Field Test websites.

An interesting aspect to this admirable endeavour (of a projection in a field that we watch live on our phones at midnight) is that we, as viewers, are increasingly accepting of the multiplying layers through which we will view moving image. It’s all becoming a bit of a ‘mise-en-abyme’, a virtual hall of mirrors. MattFlix also comes to mind here – a fortnightly series of online projects at mattsgallery.org. The video trilogy, Variations on a Ballistic Theme, by Paul Eachus & Nooshin Farhid, features installed monitors playing videos of videos, and remains available to view via Vimeo. The extra online layer added to the original installation can be seen to be an advantageous addition that adds further dimensions and virtual expanses to what was already a critical engagement with overlapping multiples.

From next Monday, Ireland will transition to phase 2 of the government roadmap that eases Covid-19 restrictions. Artist Aoife Dunne has wasted no time in jumping upon the opportunity that the extended travel distance of 20km will offer and is applying this greater mobility to Transcending Time, a public art commission by Fingal County Council. If you live in the Fingal area of North Dublin, head to transcendingtime.ie to make a booking to experience this work from your doorstep between 8 – 10 June (see image above).

Online spaces and artists’ creative ways of filling these spaces, coupled with a myriad of digital technologies (virtual, and physical as in the case of artist Aoife Dunne’s Transcending Time) have interrupted the original path that cinema established for itself. These are diversions down interesting paths that surely we can observe as accelerated within the current climate. Form follows function.

Over the next month, if you are working on a project and wish to avail of an advisory session as part of our aemi affiliate artist support, you’re more than welcome to contact us at info@aemi.ie. We will also be rolling out the first of our Rough Cut sessions in June, a series of events that will provide film artists with the opportunity to present works-in-progress to a guest curator, programmer, academic or critic in a supportive peer environment. If you are interested in any of the above you can find out more info on our Artist Support page.

Follow us on Twitter and Instagram (especially Insta stories) where we are highlighting national & international resources for viewing moving image, and sharing links to works & programmes we have recently enjoyed watching. 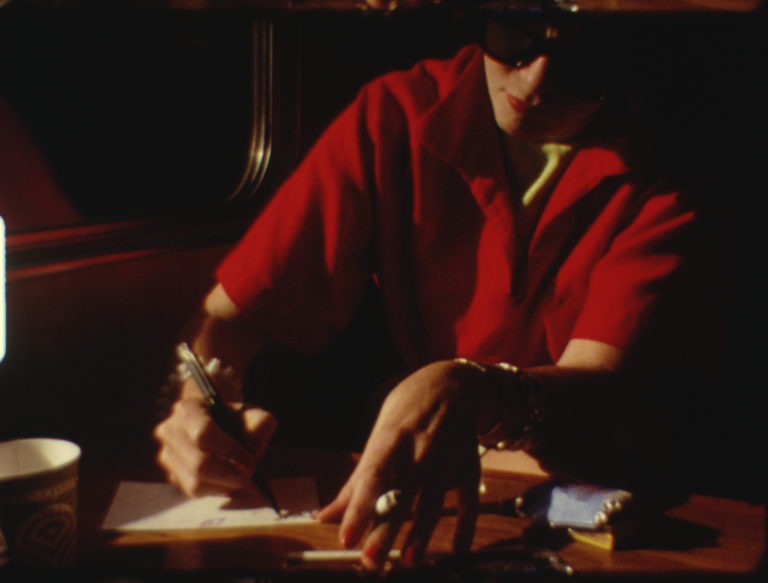 MINK – Moving Image Network Kerry is an an online + offline space that expands collaborative art practice. Incorporating Moving Magazine, it exalts in the strangeness of the new, applauds the experimental in moving image and the fictional/non-fictional in writing and thought. Currently showcasing the work of Laura Fitzgerald, P45 (2017)

Fingal County Council Public Art – Aoife Dunne, Transcending Time (2020). If you live in the Fingal area of North Dublin, head to transcendingtime.ie to experience this work from your doorstep between 8 – 10 June

CCA Goldsmiths Channel – Ed Webb Ingall, We Have Rather Been Invaded (2017), until 7 June

Video Data Bank – Future-Past-Present: A Journey Through the Twenty-Tens So Far, programme curated by Omar Kholeif

Copperfield Gallery – Evan Ifekoya, She was a Full Body Speaker, until 15 June

LUX Moving Image – HERVISIONS, OUT of TOUCH, an evolving curatorial proposition of online commissions, events and performances reflecting on the idea of touch and its digital analogues in the post-touch world, until 30 June; Picturing a Pandemic Part 3: Richard Fung, Chinese Characters (1986)

Whitechapel Gallery – Artists’ Film International: a collaborative project featuring film, video and animation from around the world. During 2020, works responding to the theme of language unfold across all 20 partner organisations

Ann Arbor Film Festival – one of the first festivals to go online due to Covid, the 58th AAFF Live Stream took place 24 – 30 March and three jurors – Osbert Parker, Lisa Steele and Lynne Sachs – presented a selection of their work, now available to watch back online

Underneath the Floorboards – Deadline: 20 September 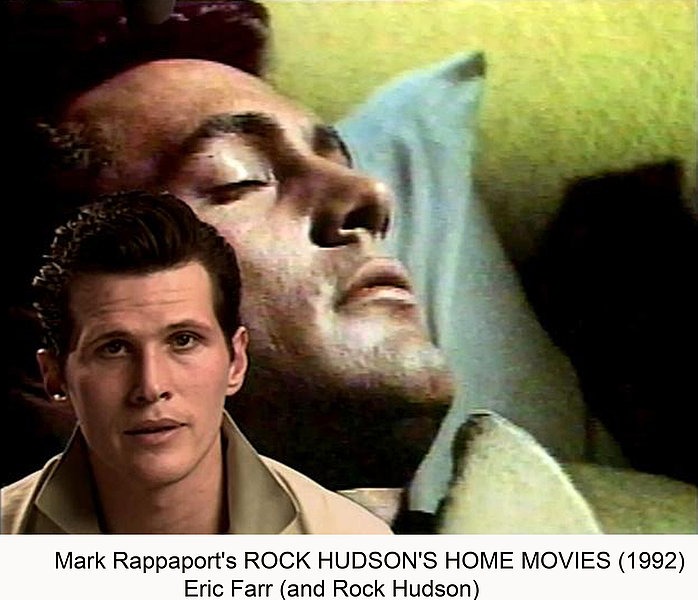 For those of us missing the experience of actual movie-going, as in being in an actual cinema surrounded by actual people, Munich Film Museum’s online retrospective of the films of Mark Rappaport might fill some of that gap. Rappaport is a filmmaker and pioneering video essayist whose work has always been very much entranced with the very particular promise of the cinema screen. A good entry point to his work, and a very effective reminder of some of what we are currently missing, is his 2017 film The Empty Screen, (not yet part of the retrospective but available on YouTube). The Empty Screen is an effective but also relatively straightforward example of a format Rappaport helped innovate but the promise of this online retrospective is also in the opportunities to jump into Rappaport’s early work. The retrospective is set to roll out gradually, of the current crop we would recommend Our Stars (2015), but it will feature key works like From The Journals Of Jean Seberg (available from 5 June). These early works made on video frequently channel the inner voice of dead movie stars and were sometimes categorised as ‘fictional documentaries’ (whatever that means), they were at the time highly innovative and still look quite unlike anything else. The majority of these films have been unavailable for quite some time, his archive caught in an ownership limbo involving the critic Ray Carney, so this is a great opportunity to revisit these important works.