aemi is delighted to present Profit and Loss (2013-2016) I, II, III, IV by artist Sibyl Montague as the third in its current series of online screenings. Sibyl Montague is a studio artist at Temple Bar Gallery + Studios and was one of the co-directors of PLASTIK Festival of Artist Moving Image. This is the first public presentation of Sibyl’s Profit and Loss series of videos, several more of which we will present as part of an in real life screening event that will take place at Project Arts Centre later this year. The works in this series were assembled on a daily basis over a fixed period through a form of collage that Sibyl also adopts in her practice as a sculptor – gathering material, manipulating it and developing ideas from the act of combination. This online presentation of Sibyl’s work is accompanied by an interview with her by London-based artist and writer Morgan Quaintance

To start with, could you tell me a little about the history and working process behind Profit and Loss?

The works that aemi are screening are a suite of films made from a period between 2013 and 2016. They were made at a time I didn’t have a studio and I didn’t have a camera. I had a laptop and that became the studio. The idea of practice, in the sense of doing something every day, is something that I have always maintained. The films were a thing I would do every day. A daily practice.

How would you describe them formally speaking?

I consider them collage more than film, material collected primarily from the internet in the form of screen recordings, downloads, purchased corporate content, ripped commercials, movies and tracks. A lot of the imagery is low resolution copies, what I consider digital detritus or ‘poor images’. i
There will be a physical screening of the works at Project Arts Centre, hopefully in 2020, where they will be installed in conjunction with some blankets I made this year.

Rather than sitting and deliberating for ages about what you were doing, it sounds like you were really freeing yourself with these films; you were thinking through making. Was that something you intended to do from the beginning? Was it something you found difficult?

I don’t think I’ve ever approached it by saying to myself, ‘I’m going to make a moving image work, it’s going to be about x’. You get to know your process and I know I understand things by doing them. I can see the same strategies I use now with sculpture, the concerns are the same. I take things apart.

For example, the loop of Angelina Jolie that keeps coming up. It’s a 3 or 4 second loop from a Shiseido commercial I kept returning to. It was made in 2013, a moment when these hyper definition images were really emerging. This hyper HD. I was drawn to the new HD image and wanted to understand why. I worked and reworked this tiny segment of Angelina turning her face away from the camera. It’s cut and cut and slowed down to the point of collapse, her movements becoming like ticks or jerks. The image now looks so white and so augmented. 2013 seemed to be when we accepted the augmented body image as a form.

That focus on super high definition images and bodies is something that I noticed too, but you track its emergence to 2013.

I don’t know if it emerged then, but it felt that way. Camera definition specs were getting higher and higher, and you couldn’t get enough pixels or money or storage to own them. It was a reaction I guess, making low resolution films.

I struggled working with the immateriality of digital media: files in a folder on a hard drive. Though I continued to collect them, I was frustrated by a lack of tactility and physicality with the material. In 2020 I have a better visualisation of that.

Ireland is home to the world’s largest tech companies; Apple, Microsoft, Facebook, Amazon etc. Approx. 10% of the national energy grid is used to power their enormous servers and keep them coolii. Data centres have been quietly mushrooming up around the landscape. During lockdown I thought about all the heat emanating from these things. Hito Steyerl describes its (the internet) mass as hordes of bots pinging invisible spam around us like ghosts. These processor farms give definite, consequential form to digital.

Was this focus on making moving image a one off thing or is it something that you’ve continued to develop as a core part of your practice?

Profit and Loss was the start of an enquiry into the commodities produced by capital. They almost feel like a precursor to what I’m doing now, like I was working through the obsession.

Behind the videos there seems to also be this artificial notion of ‘well-being’, I feel it emerged around the same time as those super high definition videos. If you go online now the web is saturated with wellness offers and beauty instructionals.

Face Yoga is the new one [both laugh]. I mean wellness is innate to us as creatures…we know it…what’s interesting is how we consent to interact with auxiliaries exterior to ourselves instead. It’s a hack really…wellness. I tend to focus on these as perversions, so called performance driven values of form and how they proliferate and pollute. You could view the wellness industry as a perversion of spirit.

So the ‘health-space’ (so to speak) has exploded online, and that’s also collided with and amplified the inherent mysticism, or rather the mystical aura of commodities. Now because of Covid, it feels a little like we’ve had a slight detox or separation from this experience of commodity enchantment, but some people seem desperate to throw away that potential empowerment and run back to the high street.

I think people are smarter now. We’ve become so visually deft with images. We’re consensual with constructing and performing our own image. It’s an implicit skill now.

The majority of the images in Profit and Loss are manufactured. Images like the Angelina Jolie commercial are highly architectured with signifiers and triggers put in motion by capital. They’re like corporate spells.

You could say artists have been doing that job since visual culture emerged- breaking the simulacra. Previous generations left us decent tools, cut up, abstraction, distortion, absurdity. Other strategies, hybrids, metamorphosis, anthropomorphism evolve at pace with new technologies. Sometimes to me it’s like moving the frame or viewfinder slightly off.

I made a commitment at some point to working with the abundance of commodified material in our world. Abundant in the sense that it’s cheap or disposable- poor material. It’s highly constructed already in terms of its value and life span. The word ‘poor’ could mean frugal or humble. ‘Poor’ in this context is impoverished by capitalism.

Working with this material I try to think about it in terms of its base matter. It’s raw material. When you start to pick at these things, you find always some sort of violence in its history. Commodities become tangible in terms of loss; labour, plant, animal or carbon -they’re like effigies of earth’s exploitation. Lately I’ve been working with textiles sourced from global manufacturers of fast fashion, outlets such as the Irish company Primark.

Yeah it’s Irish! It’s called ‘Penneys’ here. I spent a lot of time in those spaces. I would take items and reassemble them in the studio, bring them back and leave them there. I hated those spaces, but I spent time there watching the cycles of stock, trying to qualify and absorb its mass. Someone once called it a process of embodied carbon. The objects I made in response look like animal/product hybrids, handbags or handhelds.

So, in a sense I’ve come to understand working with this material how all these objects have some sort of sentience at their core. Extracted, re-assembled and reanimated. Sold back to us fundamentally distorted and with all this other stuff attached to it. We’ve been engaging with that version of reality for so long. It broke this year. In the first month of lockdown, there was a lament to return to how things were before – a kind of collective grief. Maybe a spell broke.

aemi is delighted to present Profit and Loss (2013-2016) I, II, III, IV by artist Sibyl Montague as the third in its current series of online screenings. Sibyl Montague is a studio artist at Temple Bar Gallery + Studios and was one of the co-directors of PLASTIK Festival of Artist Moving Image. This is the first public presentation of Sibyl’s Profit and Loss series of videos, several more of which we will present as part of an in real life screening event that will take place at Project Arts Centre later this year. The works in this series were assembled on a daily basis over a fixed period through a form of collage that Sibyl also adopts in her practice as a sculptor – gathering material, manipulating it and developing ideas from the act of combination. This online presentation of Sibyl’s work is accompanied by an interview with her by London-based artist and writer Morgan Quaintance 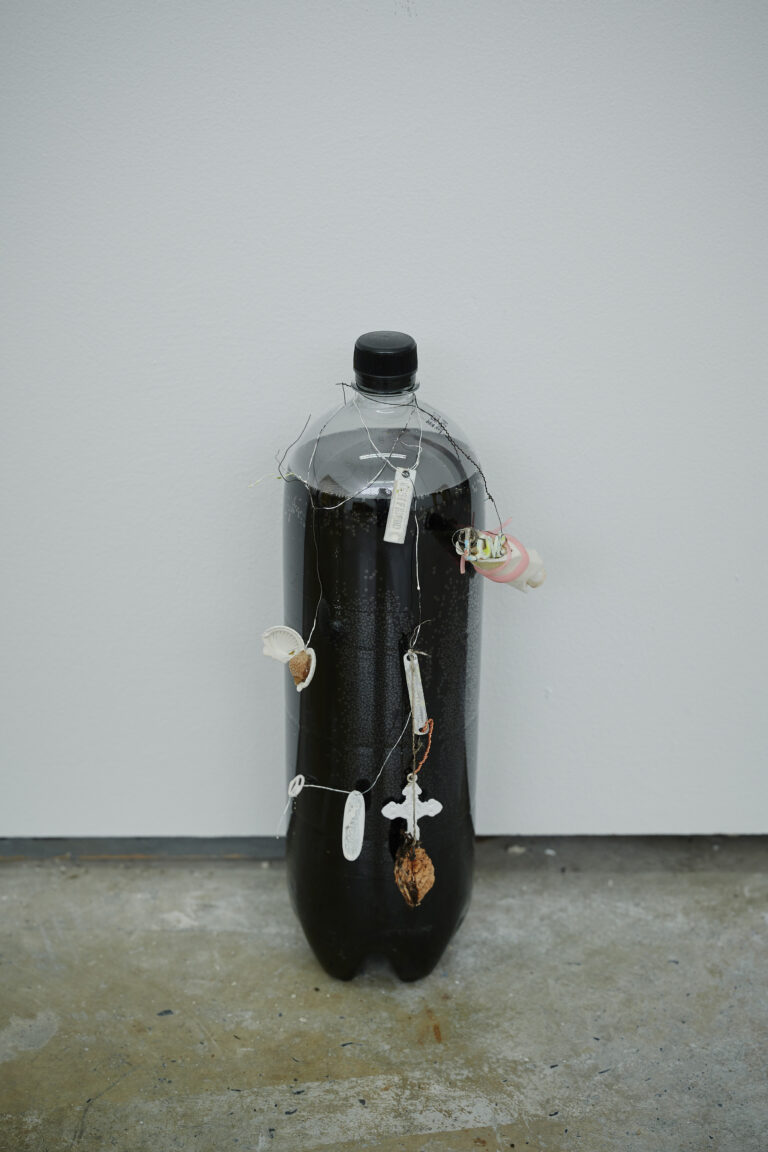