November
Running for the duration of CIFF: November 11th to 20th, 11am - 4pm, Tuesday to Sunday 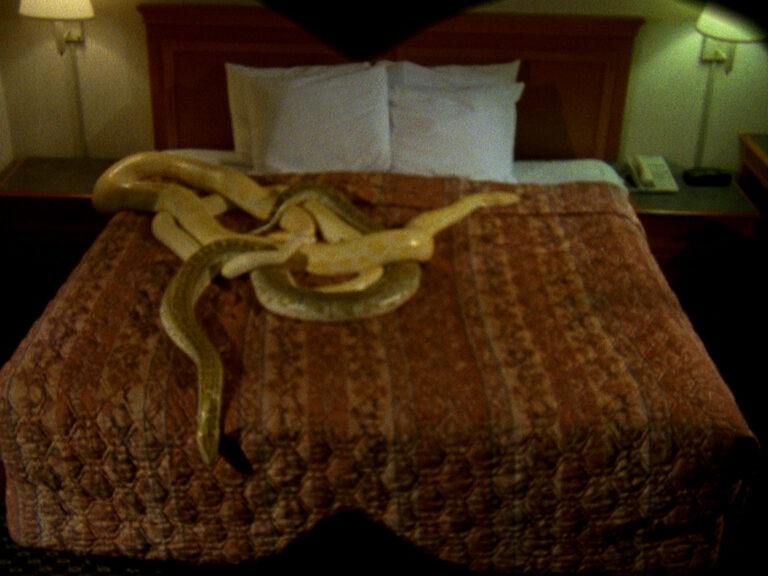 Wayward Fronds references a series of historical events that helped shape the Florida Everglades today, while fictionalising its geological future and its effects on both native and exotic inhabitants. Guided by talks in the Florida legislature to finally disburse billions of dollars in restoration funds, events in this film unfold by giving way to a future eco-flourished Everglades. Nature begins to take over, en-gulfs and tames civilization after centuries of attack, and even guides it into its mysterious aqueous depths, forcing humans to adapt and evolve to its surroundings.

This free exhibition runs for the duration of Cork International Film Festival, in collaboration with Sample Studios, at the Lord Mayor’s Pavilion, Fitzgerald’s Park. November 11th to 20th, 11am – 4pm Tuesday to Sunday

Fern Silva, Biography
aemi’s ‘international artist in focus’ at the 67th Cork International Film Festival, is celebrated artist filmmaker Fern Silva. Over the course of the festival, Fern will participate in several screenings, an exhibition, and lead a free masterclass on Friday 18th November.

Fern Silva is an artist who primarily works in 16mm. His films consider methods of narrative, ethnographic, and documentary filmmaking as the starting point for structural experimentation. He has created a body of film, video, and projection work that has been screened and performed at various festivals, galleries, museums, and cinematheques including the Toronto, Berlin, Locarno, Rotterdam, New York, London, and Hong Kong International Film Festivals