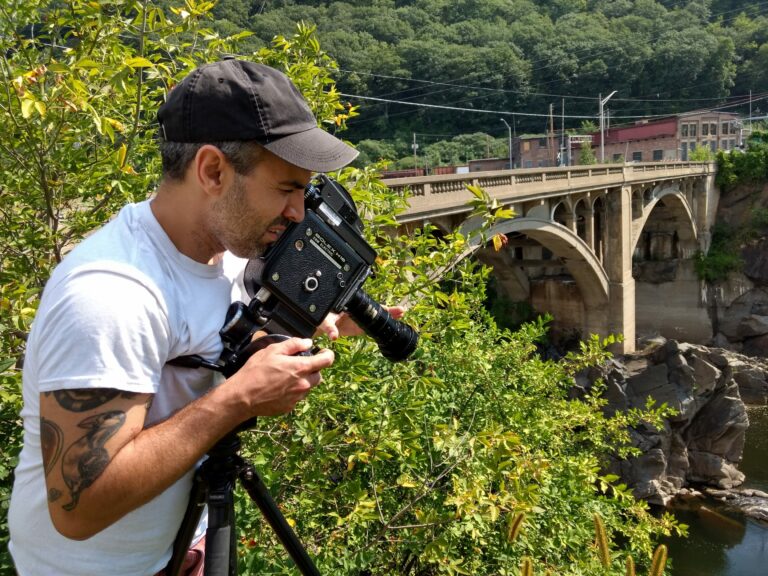 Designed for participants interested in social and environmental issues, reportage, travelogue, and other forms of non-fiction art making. This practical workshop will consider key questions around the definition of self in relation to subject, subculture, subversion, as well as issues concerning intercultural encounter. Participants will be invited to consider their own practice, as well as the tools of media production and historical research used to make work that can be defined as documentary, while also pushing the limitations of this mode.

The masterclass is free but numbers are limited. Participants should contact [email protected] to book a place.

Fern Silva, Biography
aemi’s ‘international artist in focus’ at the 67th Cork International Film Festival, is celebrated artist filmmaker Fern Silva. Over the course of the festival Fern will participate in several screenings, an exhibition, and a masterclass.

Fern Silva is an artist who primarily works in 16mm. His films consider methods of narrative, ethnographic, and documentary filmmaking as the starting point for structural experimentation. He has created a body of film, video, and projection work that has been screened and performed at various festivals, galleries, museums, and cinematheques including the Toronto, Berlin, Locarno, Rotterdam, New York, London, and Hong Kong International Film Festivals.