Firstly we at aemi would like to wish everyone a very happy new year, with the hope (however distant) of changed circumstances on the horizon.

As most people experienced, 2020 was a year full of finding new ways to deliver art to audiences and with that in mind, we would like to extend a sincere thanks to all of the filmmakers, artists, writers, audiences, viewers, programme partners and supporters we worked with in 2020: thank you for watching the films we presented and for attending events when they happened; thanks too for your patience while we redesigned our approach and delivered curatorial programmes in ways that differed to how we did this previously. We would like to say a big thank you to the Arts Council who recently reconfirmed their support for aemi going into 2021 with additional funding now in place for the commissioning of new work (more info to come on this shortly) as well as the Capacity Building Support Scheme. In addition to this new activity, aemi is also excited to be currently working in partnership with Ulster University to provide an advisory role in connection with film artist Alasdair Asmussen Doyle’s artist moving image-based PhD.

aemi begins 2021 then with gusto. Our January newsletter is particularly packed full of links to restorative and provocative programmes of artist moving image and experimental film, as well as details around upcoming funding opportunities and submissions deadlines. In terms of aemi’s own programming we were struck by a recent insightful article by Róisín Stack in the Irish Times. Here Róisín refers to some of the existing tensions between local and international practices and how they have been affected by COVID-19. For aemi it has always been a key objective to, where possible, place Irish work in conversation with international practice. Just at the moment visitors to our website can watch aemi’s Year in Review programme showcasing what we felt were some of the most important and affecting international works, while ‘aemi online’ continues to be an important showcase for Irish work with Orla McHardy’s quietly epic hand-drawn animation Goodnight available to view online until 9th February.

For those looking to start their year by immersing themselves in artist film then the two programmes now available through aemi-on-demand would be a brilliant place to start. This newly launched platform contains two curated programmes of international titles, including work by Clemens von Wedemeyer, Viktoria Schmid and John Skoog. In terms of 2020 films people might have missed, Luke Fowler’s PATRICK, which evokes the life of eponymous music producer Patrick Cowley, is an unmissable 16mm portrait of an artist and musician whose legacy is continually growing in significance. Alongside this you can also catch up with Far From The Far Future, a lockdown film by Graeme Arnfield exploring the functionality of techno; and A Demonstration by Sasha Litvintseva & Beny Wagner which uses visual analogy to underpin how Early Modern naturalists were guided in logic. All of these films are included in aemi’s first Year in Review programme, with a second review programme to be added to the platform in coming weeks.

As always, do follow us on Twitter and Instagram for additional updates on our programmes and events, but also recommended viewing internationally. We are also continuing to share plenty of upcoming film festival submission deadlines – check many of these out down below too.

aemi online
Hand-drawn animation Goodnight by Orla McHardy, with an introductory text by US poet and novelist Fanny Howe
Until 9th February

The Flaherty NYC & Museum of the Moving Image – a live discussion with US experimental filmmaker Lynne Sachs, her brother Ira Sachs Jr. (Little Men, Love Is Strange), and filmmaker Kirsten Johnson (Dick Johnson Is Dead, Cameraperson), introduced by Eric Hynes, MoMI Curator of Film. The conversation focuses on Lynne Sachs’s new documentary Film About a Father Who, a film where she revisits the life of her father, Ira Sachs Sr., a bon vivant and pioneering businessman from Park City, Utah. Tuesday 19 January, 7pm EST

Broadway Cinema & Near Now – two recent films by Adham Faramawy available to watch, Skin Flick (2019) and the air is subtle, various and sweet (2020), until 22 January

ARC MA (IADT) & The LAB – ‘Cohost’, curated by Astrid Newman, a temporary online exhibition space hosting the works of the 12 artists & researchers of the 2021 IADT ARC Masters Programme, until 24 January

e-flux – ‘Critical Cooking Show‘ collaboration between e-flux Architecture and  Istanbul Design Biennial within the context of its fifth edition, ‘Empathy Revisited: Designs for more than one’ including films such as Your Mouth Has Power by MOLD and Yardy World, and The Case of Meat by Valeria Meiller and Agustín Schang; e-flux Video & Film featuring Staff Picks films by Raqs Media Collective’s The Blood of Stars (2017) and Strikes at Time (2011), until 2 February

CIRCUIT Artist Film and Video – featured films include Water Feature (2016) by Kate Woods, Fakerie (2009) by Rachel Shearer, and an interview by Israel Randell with Kahurangiariki Smith whose video games FOB (2016) and MāoriGrl (2017) have been exhibited in galleries and museums across Aotearoa

8½ Foundation – a Scottish-based not-for-profit organisation dedicated to introducing world cinema to children, including The Brave Little Toaster directed by Jerry Rees (1987), Beauty and The Beast directed by Jean Cocteau (1946), Kirikou and the Sorceress directed by Michel Ocelot (1998), The Adventures of Prince Achmed directed by Lotte Reiniger (1926), Peter & the Wolf directed by Suzie Templeton (2006), The Hidden Fortress directed by Akira Kurosawa (1958) 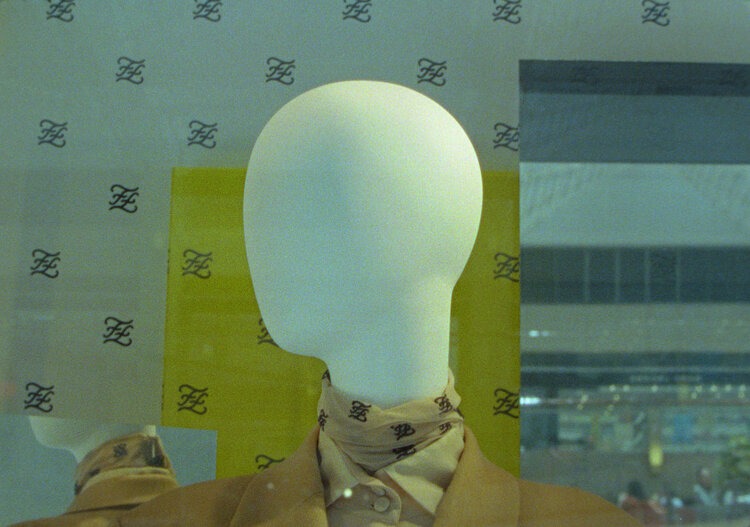 One of our favourite film festivals of the year is IFFR, several of the works currently featured in our Year in Review curated programme were encountered at last year’s festival. Looking back, we’re so grateful to have made it to Rotterdam in person last year where much of what was viewed in-person resonated with profound effect as the year unfolded the way it did shortly afterwards. This is especially true in the case of Ben Thorp Brown’s film Cura (included in the aemi on demand programme), a film in which we spend time wandering through a modernist house with an apparently self-isolating turtle that also doubles as a necessary and timely call for empathy and compassion.

This year, the 50th edition of IFFR is a two-part festival, beginning online in February and continuing part II in June, with events and happenings taking place in-between. IFFR is always an absolutely vital way to take stock of artist cinema and we are very excited to see what they have in store.