'Revenant Images', a new aemi screening programme for IFI@Home curated by film artist Patrick Hough around his film And If In A Thousand Years, including further works by Clemens von Wedemeyer (DE), Christin Turner (USA/IT), John Skoog (SE) and Anna Franceschini (IT)

Tickets are available until tomorrow Friday 16 Oct, and stay live for 2 days after pressing play

Image: still from Patrick Hough's And If In A Thousand Years, 2017, HD video, 22 mins, image courtesy of the artist and Jerwood / FVU Award 2017

We hope everyone is keeping well and enjoying these autumn days.

Unfortunately there are no in-real-life events to highlight in this newsletter while restrictions remain in place in Ireland. However, aemi is pushing forward with a busy online programme that offers engagement with a wide range of artist moving image and experimental film works. Our current programme, a mix of live events and programmes all hosted online, hopefully makes the best of this semi-lockdown by bridging distances across counties and countries.

First and foremost, we’d like to draw your attention to a new programme curated by London-based Irish film artist Patrick Hough. Presented on IFI@Home, his programme ‘Revenant Images‘ is an evolving sequence of international films that takes us from prehistory to near future. Starting with Anna Franceschini’s elemental Doposole, the programme then focuses on the latent drama and Hollywood context of John Skoog’s Shadowland. From there we encounter a complex set of visual and aural languages in Christin Turner’s Vesuvius at Home and then the politicisation of production in Clemens von Wedemeyer’s The Cast: Procession. The programme concludes with the present/future of Patrick Hough’s And If In A Thousand Years where representation gains its own autonomy. Tickets are €7.50 and are available here until tomorrow Fri 16 Oct, and the programme then stays live for 2 days after pressing play.

Since we launched ‘aemi online‘ in July, it has been a joy to work closely with filmmakers and artists to present their works on the platform alongside newly commissioned texts. Sibyl Montague, a Dublin-based artist more recently known for her sculpture-based practice, is currently showing a series of video works on ‘aemi online’, accompanied by an interview with artist and writer Morgan Quaintance. Profit and Loss (2013-2016) I, II, III, IV emits a unique vitality drawn from the acts of gathering and combining found digital detritus.

Archives LIVE is a new initiative we have developed with IMMA, a two-part series of online discussions with artists that began last week with an event including presentations from film artists Helen Cammock, Onyeka Igwe and Frank Sweeney. Next week, we will continue the series with Conservation in Motion, focusing on what happens when a film work, or any time-based media artwork, is acquired by a collection or archive. Artist Jaki Irvine and time-based media conservator Dr. Brian Castriota will participate in this event, taking place next Wednesday evening 21 October 18:30. Register in advance to attend via Zoom Webinar, or tune in live on YouTube.

Next month, after the success of GAZE and continuing aemi’s festival partnerships, we’re delighted to participate in upcoming festival Docs Ireland, and in Cork International Film Festival with our 2020 programme ‘Signals & Circuits‘, taking place at Triskel Arts Centre and online. See our InFocus section below for more info on this and CIFF’s full line-up. Fingers crossed that by next month, the in-real-life programming of CIFF and other annual festivals around the country, such as TULCA Festival of Visual Arts, will be able to welcome visitors in person.

For enquiries about any of our events, please feel free to contact us directly at info@aemi.ie. And for up-to-date links and programme info, head to aemi.ie where we post upcoming events and archive past programmes. On Twitter, Instagram & Facebook, we frequently share links to recommended viewing & online events, and highlight funding and festival submission deadlines. 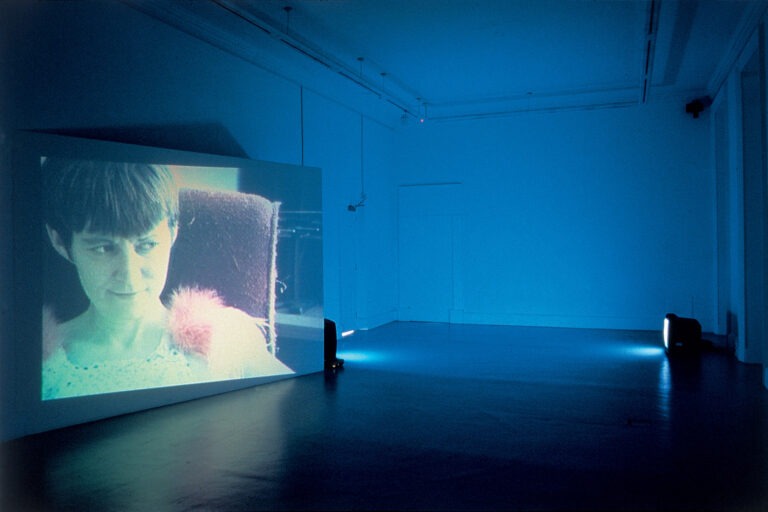 aemi & IMMA: Archives LIVE – Conservation in Motion. Artist Jaki Irvine and time-based media conservator Dr. Brian Castriota take part in next week’s second Archives LIVE online discussion. This event focuses on the conservation process that a moving image or artist’s film work goes through when it is acquired by an archive or a collection. The session leads on from the recent exhibition IMMA Archive: 1990s, From the Edge to the Centre, and draws attention to the vital process of collaborating with artists as a key part of the conservation of time-based media and artists’ films. Wednesday 21 October 18:30, to attend using zoom platform, register on Zoom Webinar, or, tune into the live broadcast on IMMA’s YouTube channel

39th EVA International – Little did they know, curated by Merve Elveren, continues offsite and online where possible under the current Covid-19 restrictions, with online presentations including: Curraghinalt (2019 / 2020) by Emily McFarland; It’s not for you we did it (2020) downloadable posters designed by Ciara Phillips, developed in collaboration with curator Sara Greavu as part of a project that began with researching Derry Film and Video Workshop; Wild Atlantic Waste (2017) as part of archival and research work Stigma Damages (2011 – ongoing) by Michele Horrigan; The Land Question: Where the fuck am I supposed to have sex? (2020) by Eimear Walshe. Phase One of EVA International continues until 15 November

There are multiple strands and varied events in this year’s festival. Just a few of the films and programmes we’re keen to watch include 29 Hour Long Birthday (2020) by Mark Jenkin as part of the programme ‘International Shorts 4: Documentary Shorts’, Kopierwerk (2020) by Stefanie Weberhofer as part of ‘International Shorts 3: Free Radicals‘, and 2019 Czech documentary FREM by Viera Čákanyová, an experimental film shot in Antarctica testing the cinematic possibilities of storytelling without humans at its centre.

Theatrical screenings in cinemas in Cork are scheduled between 4 – 8 November, after which, between 9 – 15 November the festival will present the full programme online on its new digital festival platform. Pre-orders are available now for the online iteration of the programme.