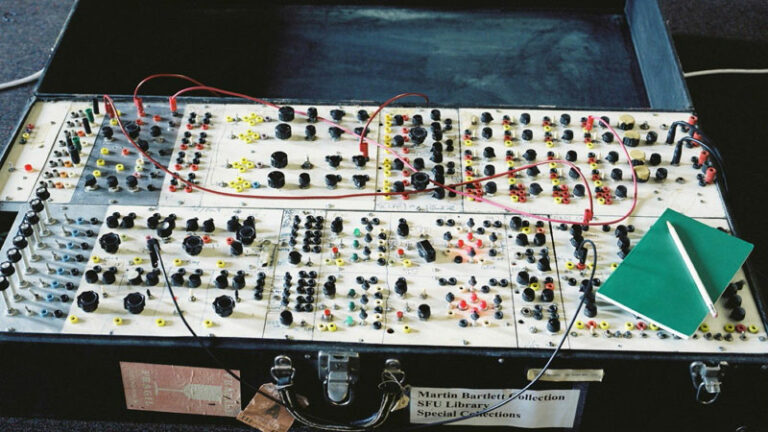 This programme of works curated by aemi looks at the role of the artist/filmmaker as researcher. Featuring the Irish premiere of Luke Fowler’s portrait of experimental composer Martin Bartlett as well as one of Agnès Varda’s greatest achievements, Ulysse (1982), the films included suggest ways in which cinema has been repurposed to allow for other, more essayistic, modes of enquiry. The works in this programme are concerned with how the meanings contained in documents from the past (photographs, audio recordings, archival film) significantly change over time.

Agnes Varda’s Ulysse (1982), although rarely screened, is among her greatest achievements as a filmmaker. Connecting directly with a career begun as a photographer the film considers a single image, a photograph taken on a beach of a man, a child and a dead goat. Over the course of this ‘photo-film’ Varda moves in and out of this photo and all of the histories and futures it seems to contain.

“In my mind, film and photography exist side by side as a couple, as hostile siblings … after the incest.” Agnès Varda 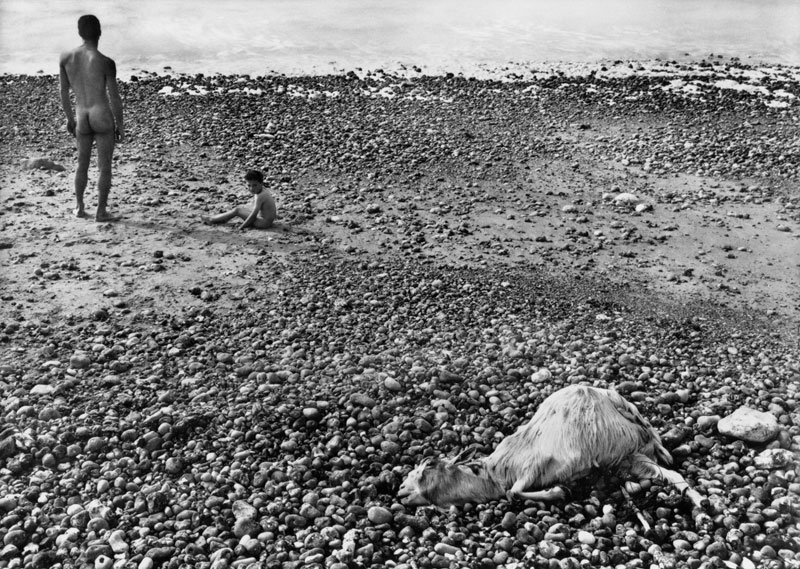 Turner Prize nominee Luke Fowler’s film Electro-Pythagaros, shot beautifully on 16mm film, is a portrait of the openly gay electronic composer Martin Bartlett. At first the film has echoes of Varda’s colleague Chris Marker before diverging completely down an avenue all its own. Like Varda’s film, which is also a form of biography, Fowler’s film is totally unlike other biographical works avoiding entirely the tropes that have come to typify the genre. Instead Fowler leans into the productive possibilities gained by placing different forms of archival material in conversation. 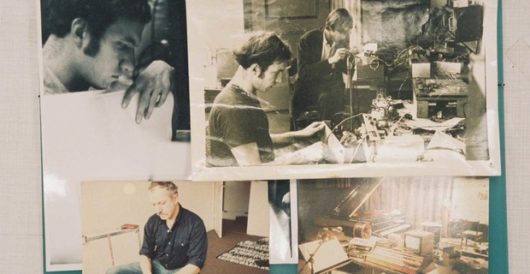 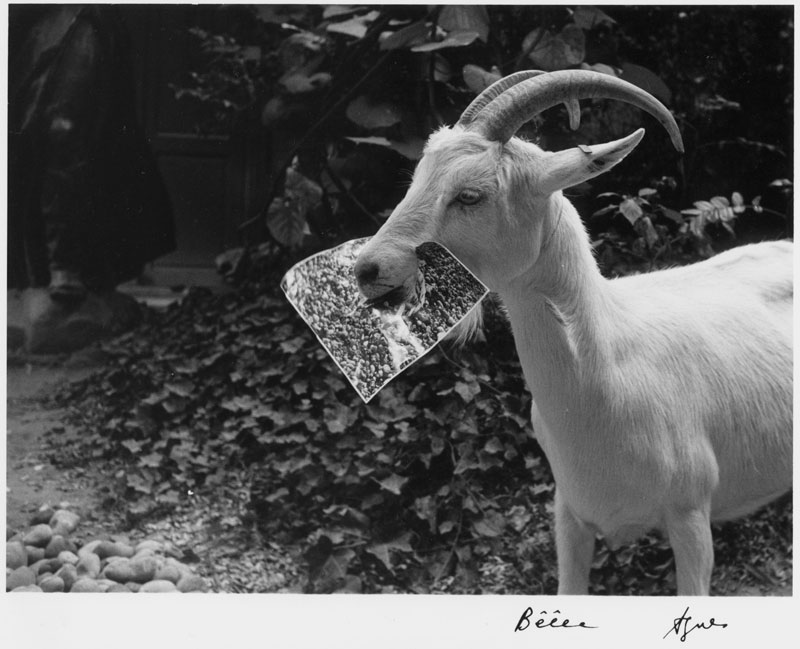 Process | Event is made possible through Arts Council funding.

Electro-Pythagoras (a portrait of Martin Bartlett)
Luke Fowler (UK, Canada, 2017, 45 minutes, DCP)
‘With Electro-Pythagorus: A Portrait of Martin Bartlett Luke Fowler pays tribute to the work and musical ideas of Martin Bartlett (1939-93) a proudly gay Canadian composer who during the 1970s and 1980s pioneered the use of the ‘microcomputer’. Bartlett is hardly recognised, never mind canonised, in cultural life. He researched intimate relationships with technology and was particularly interested in handmade electronics where, as he states in one of his performances: “the intimacy of handcraftedness softens the technological anonymity creating individual difference making each instrument a topography of uncertainties with which we become acquainted through practice’.’
Text sourced from LUX website

For Luke
Peter Todd (UK, 2012, 2 minutes, 29 seconds, Colour, Stereo, 4:3, Original format: 16mm film)
A portrait of the artist Luke Fowler, this film features images of his home and studio in Glasgow and surroundings. On the soundtrack Fowler talks about his work. The film was shot on 16mm film and made for Tate for The Turner Prize 2012 exhibition at Tate Britain October 2012 – January 2013.

Ulysse
Agnes Varda (1982, 21 minutes, DCP)
‘For ULYSSE, Agnes Varda grants herself the unusual screen credit of cinecrit, but the exercise in question is actually the titular photograph she took on a beach in 1954. She tracks down two of her three former models (the third is a dead goat) to find out if the picture still means as much to them as it does to her, only to discover they have no memory of it at all. This leads to Proustian ruminations on the succession of selves and the mystery of images. Viewing another photo of himself from the same period, her model says, “I remember the jacket, but I don’t remember the person.” Frustrated in her attempts to understand its hold on her, she digs through the records of that period in history and her life, until ultimately the picture seems to be about everything except what’s in it.’
Text sourced from https://www.fandor.com/films/ulysse 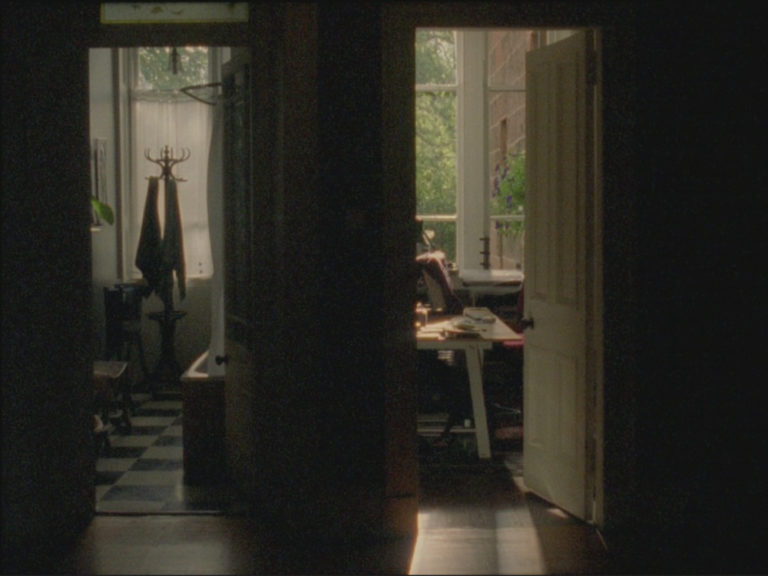 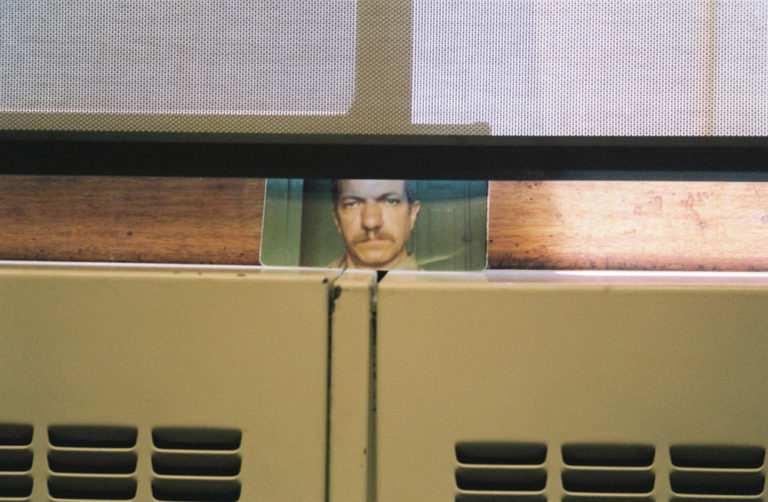 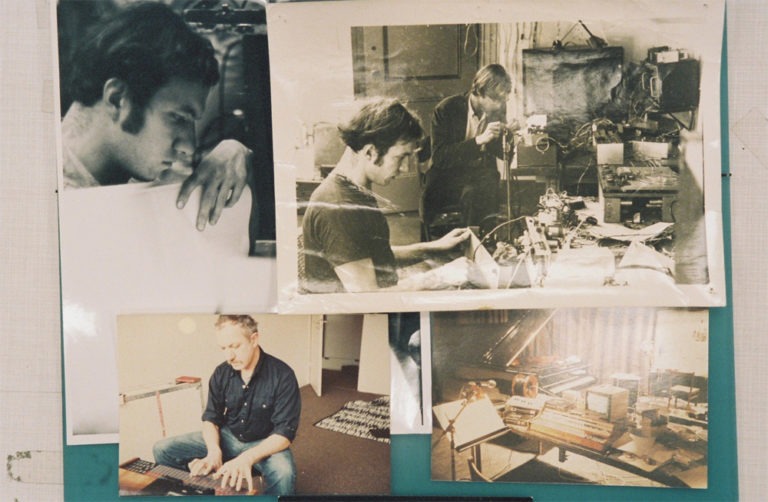